With COVID-19 lockdown restrictions in place throughout September, layout construction continued - albeit at a slower pace. The build schedule was adapted to suit working on individual items in separate locations. Attention was given to scenic and structural items that will be added to the layout at a later date.

A couple of kits were constructed for location near the station: a war memorial to be placed in a park, and a 5 ton yard crane to represent the crane that was once used in Mittagong yard near the goods shed. Both kits are from Uneek models and have been assembled, with coats of etch primer and undercoat applied. 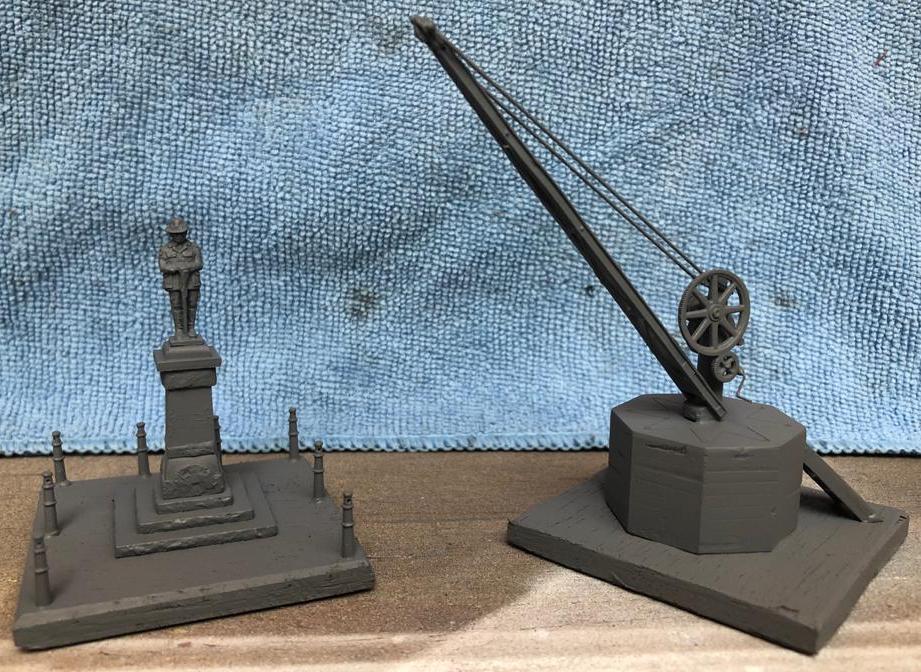 War Memorial on the left, 5 ton yard crane on the right, both mounted on small pieces of plywood.

Mittagong's Down Side (Platform 2) Waiting Room was built mainly from photos. We had no proper plans of this building but it appears to be a similar size to the nearby signal box. Scale weatherboard sheets were used for the walls, with scribed timber added for the floor. To represent the exposed timber framing, 4 x 2 inch timber was glued internally. The rear window is from Grandt Line, the ticket window on the end wall has been drawn in CAD and is awaiting printing on a high resolution 3D printer. The door is built from flat timber with strips added for the decorative mouldings, with the door frames and openings lined with timber strips. An undercoat has been applied and some details picked out in brown.

Next steps are to build and install a fixed timber seat in the waiting room, install the 3D printed ticket window and paint the whole building, before tackling the roof structure. 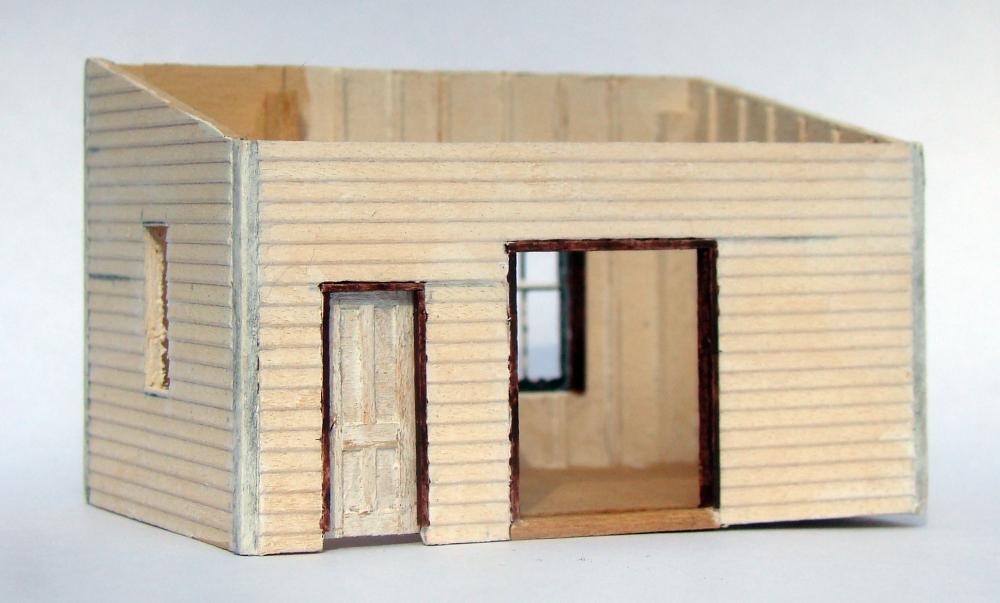 The Platform 2 Waiting Room walls, floor, and doors undercoated and ready for the next steps.

A pair of steel girder bridges, based on Wingecarribee Viaduct at Burradoo, have been planned for the scenery side of the display layout. A number of designs of a smaller simplified version of the girders were generated on a low-resolution 3D printer to evaluate strength, rigidity, assembly and scaling of details. A small diorama was made in order to test the overall construction with the track and to visually gauge the bridge aesthetics as part of the scenery. From these tests a set of detailed designs, based on official drawings and photos of the viaduct, will be drawn up in CAD for printing on a high-resolution 3D printer. 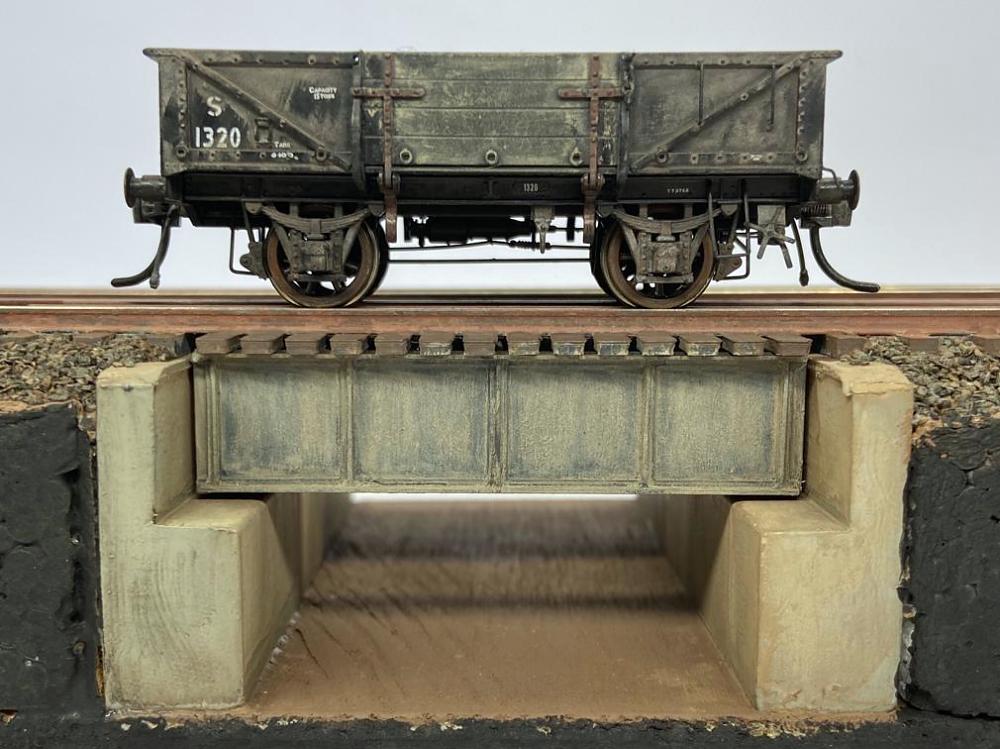 One of the test bridge girders, painted and weathered on a small diorama. An S truck has been placed to help assess the visual effect.