As the COVID-19 lockdown restrictions eased during the month of October, construction on the layout was able to resume. The first task was to finish the installation of the track bed. The viaduct module had the base under the bridge completed to match the dimensions of the protoype. The track bed was then shaped and installed in position, with two support risers spaced to suit the middle viaduct arch added vertically underneath. The track centres on the whole layout were measured and marked out before track laying commenced. 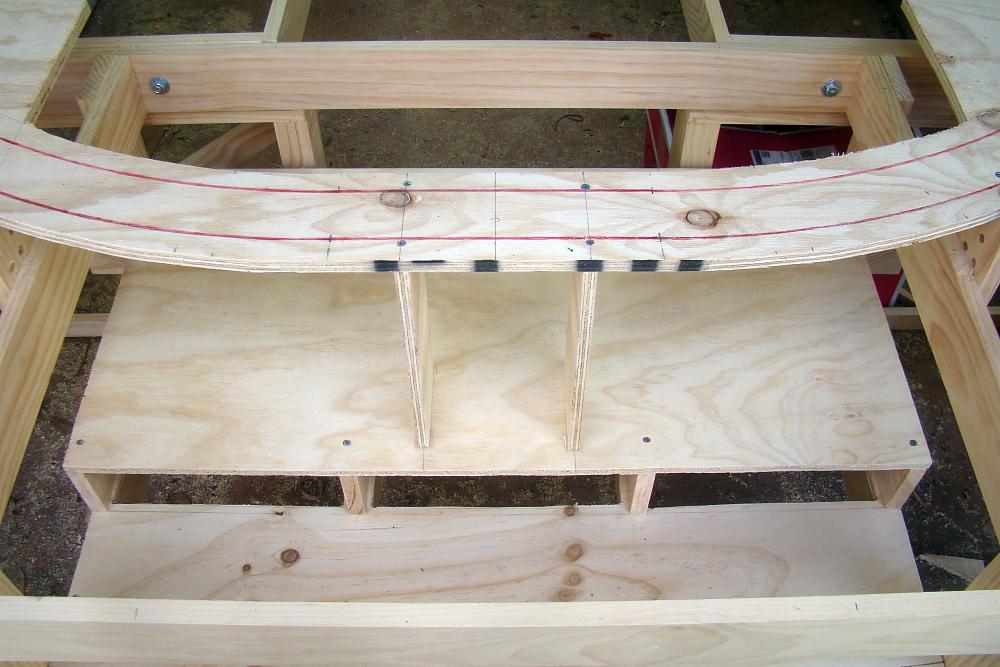 Two of the viaduct's vertical risers in position holding up the track bed. The red lines indicate the track centres.

Track laying started near the station where there are two sets of points. The Peco Electrofrog points have been modified to provide a higher level of reliability for an unmanned display layout. The stock rail and adjacent closure rail on either side were electrically joined with a soldered wire, with the frog also soldered to the appropriate closure rail. Additionally, the point blades were soldered into fixed position to provide a solid mechanical and electrical connection throughout the length of the points. 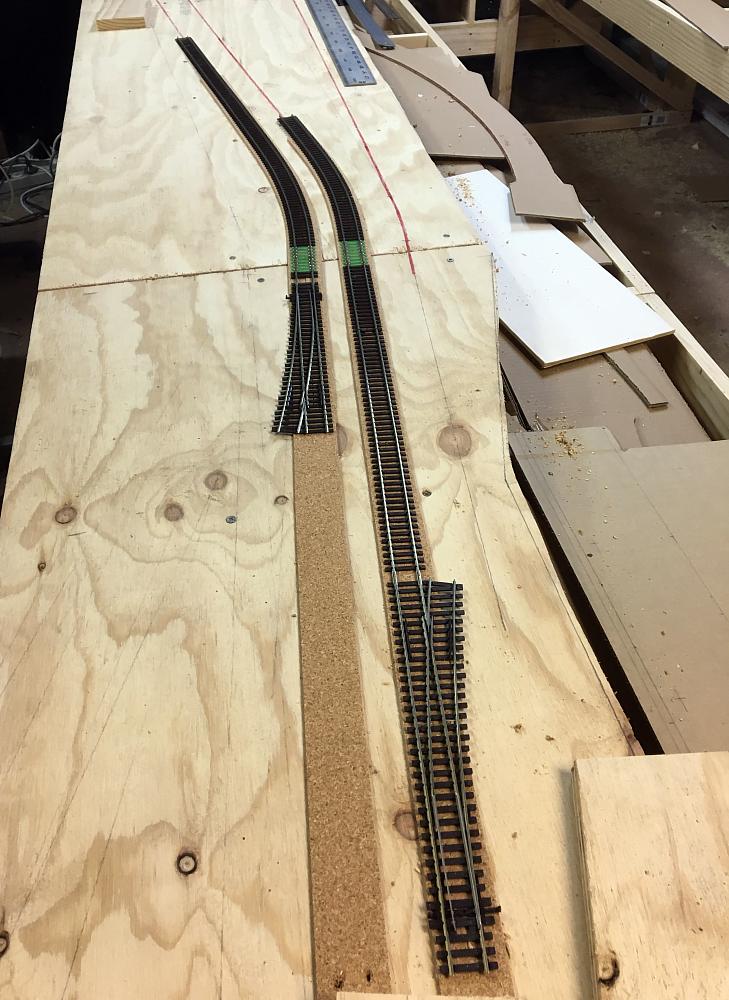 Track laid on the station module and across onto the Maltings module.

As each length of track was laid, pairs of feeder wires for power were soldered underneath the rail webs between two sleepers. This makes for slow track laying progress in the short term, however the long term advantages are hidden electrical feeds and wired track ready to hook up later to the Digital Command Control (DCC) system. Where tracks traverse modules, specialised printed circuit board sleepers are installed to ensure accurate alignment after the rails are cut. 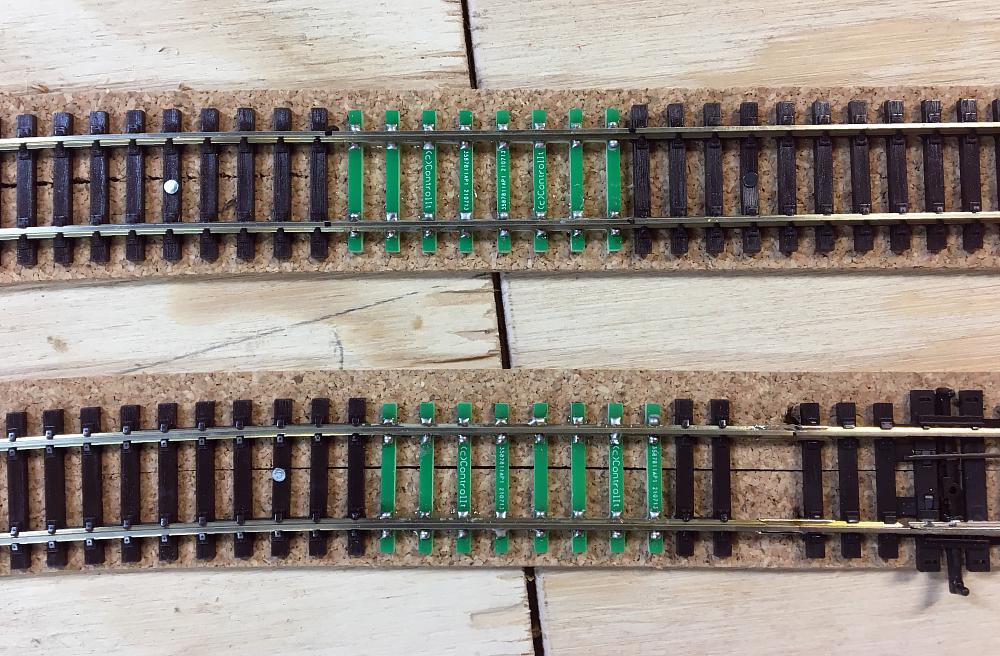 Rails soldered to the printed circuit board sleepers which are glued in place either side of the module join. The rails are yet to be cut across the join. 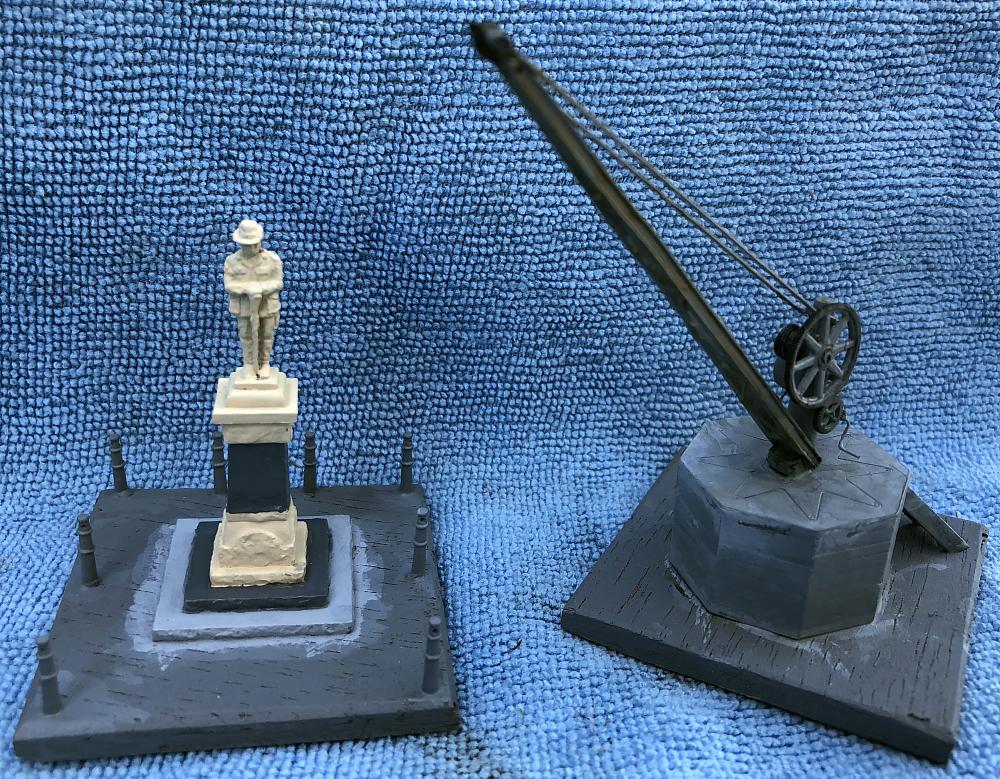 Progress continued on the war memorial and yard crane near the station, with top coats of paint being added.

After researching paint schemes used by the NSW Railways, top coats of paint were applied to the signal box walls, roof, door, and window frames.

The detailed designs for the steel girder bridges were drawn up and a test print made on a high-resolution 3D printer. The print showed that the level of detail in the drawings could be accurately reproduced and seen by the naked eye, with further tweaking of bridge design and printer settings required for optimal print output and assembly.

A mockup of the first test girder print including a quick coat of paint from a spray can.

During the lockdown restrictions, the Group researched passenger and goods trains that ran in the region in order to determine suitable rolling stock for the layout. As Australian ready-to-run models are typically made in small production runs, the Group spent time tracking down and purchasing passenger coaches and freight wagons that were still available.