Work continued on the layout over December 2021 and January 2022. Tools were downed for the Group's traditional break over the Christmas/New Year period. The rise of Coronavirus cases and the need for members to remain isolated at separate times as precautionary measures, meant work on the layout was delayed during this two-month period.

Wiring of the layout has progressed. The wiring consists of three pairs of wires installed to the underside of the layout:

The track feeder wires, soldered to the Up or Down tracks during tracklaying, are also soldered to the appropriate Up or Down main wire pairs as part of the installation process. The final step is to add a connector at each end of a module for the interconnection across layout joins. 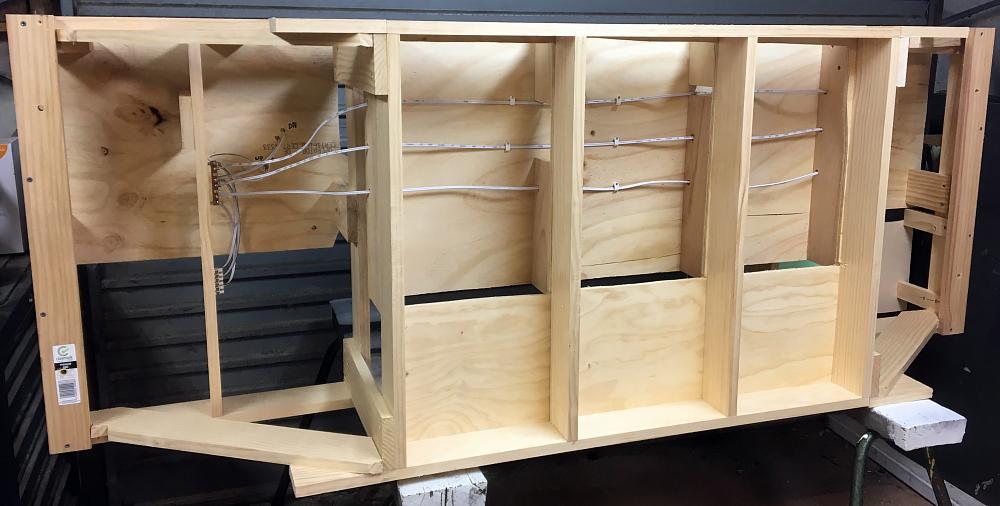 The wiring underneath the viaduct module. Where possible the three pairs of wires are spaced apart in order to reduce the chance of electrical interference. On the left side a white coloured connector for the wiring join between modules is screwed to the module frame.

As the wiring progressed, the form of the scenery began to take shape. Where the landscape is to rise vertically, raised plywood bases on pine risers were glued and screwed to the frames. On top of framework and ply bases, layers of 30mm and 50mm thick extruded polystyrene (XPS) insulation foam board was cut to shape and glued into position. This type of foam is lightweight, strong and readily carved using an electric hot wire foam cutter. 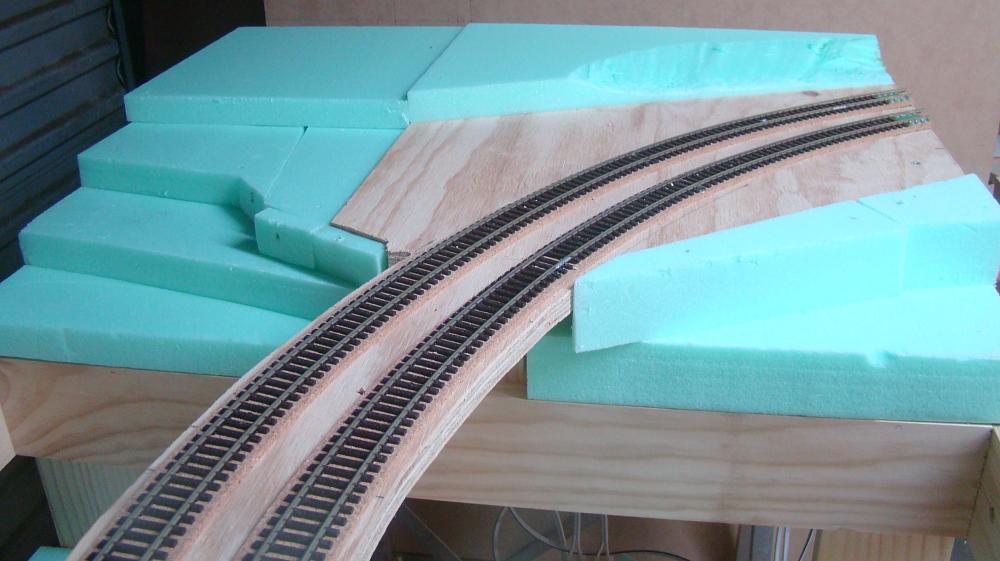 Extruded polystyrene (XPS) insulation foam board cut and glued into position on the viaduct module. 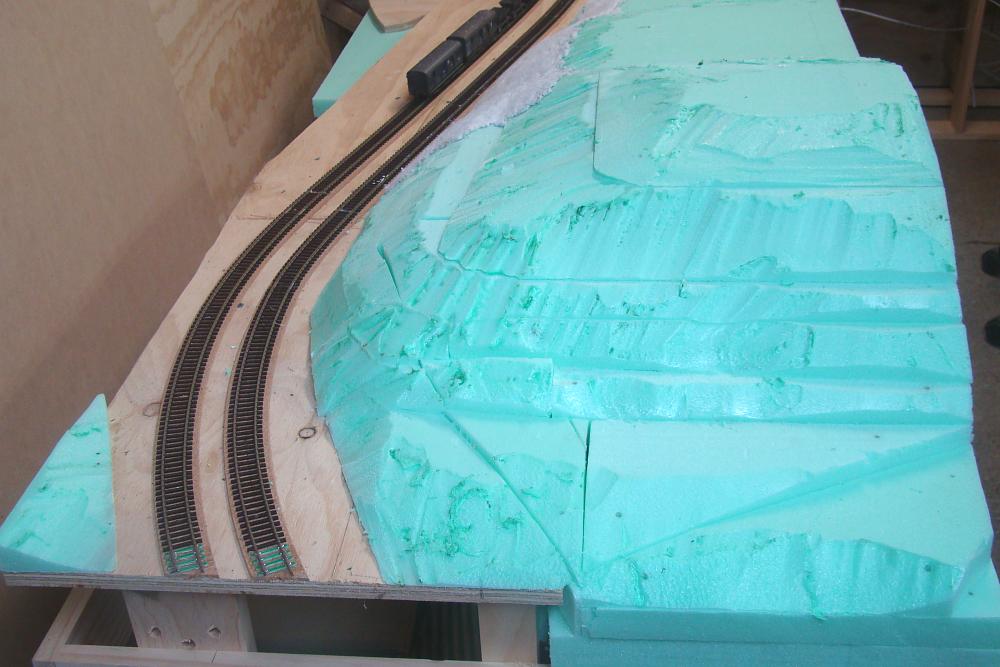 XPS foam on the module adjacent to the viaduct module. A hot wire foam cutter was used to shape the contours of the landscape. 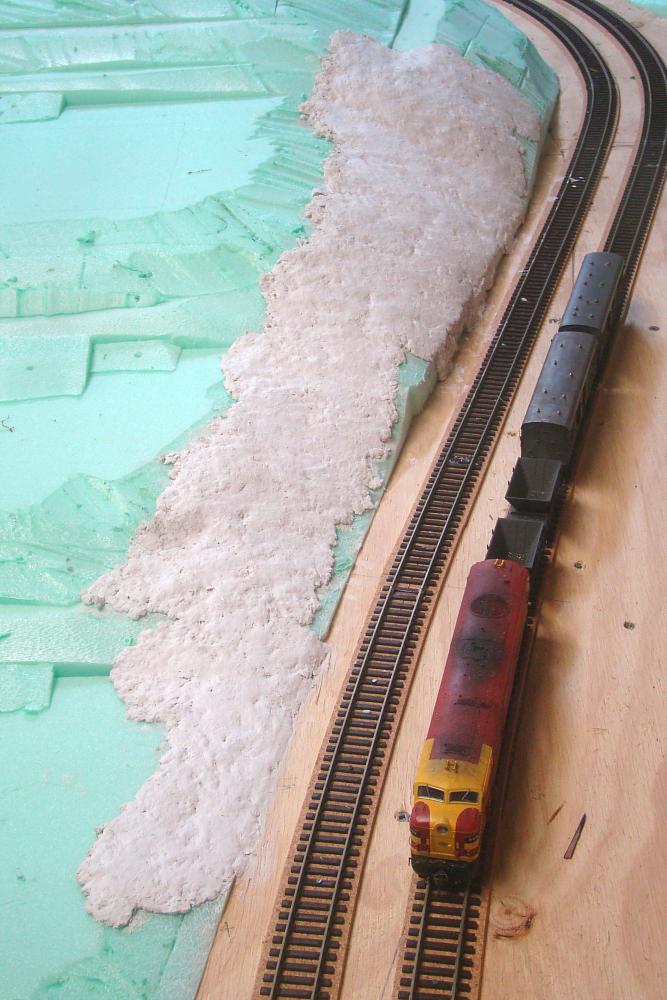 The top layer of scenery starts to take shape with Sculpt-It modelling mix applied over the top of the XPS foam.

Work has started on constructing a water tank for the station precinct. Large capacity tanks raised on stands were common infrastructure across the NSW rail network during the steam era, used to supply water to steam locomotives. Water tanks were still in use during the steam to diesel power transition period, and some tanks can still be found standing today, either unused or retained for use by heritage tour trains.

A Silvermaz Model Railways water tank kit forms the basis for this piece of infrastructure. After researching prototype drawings and photos, a tank stand was scratchbuilt from various styrene shapes and brass beams and rods. The interior of the tank was also detailed to represent the bracing and rodding used on the tank sides. 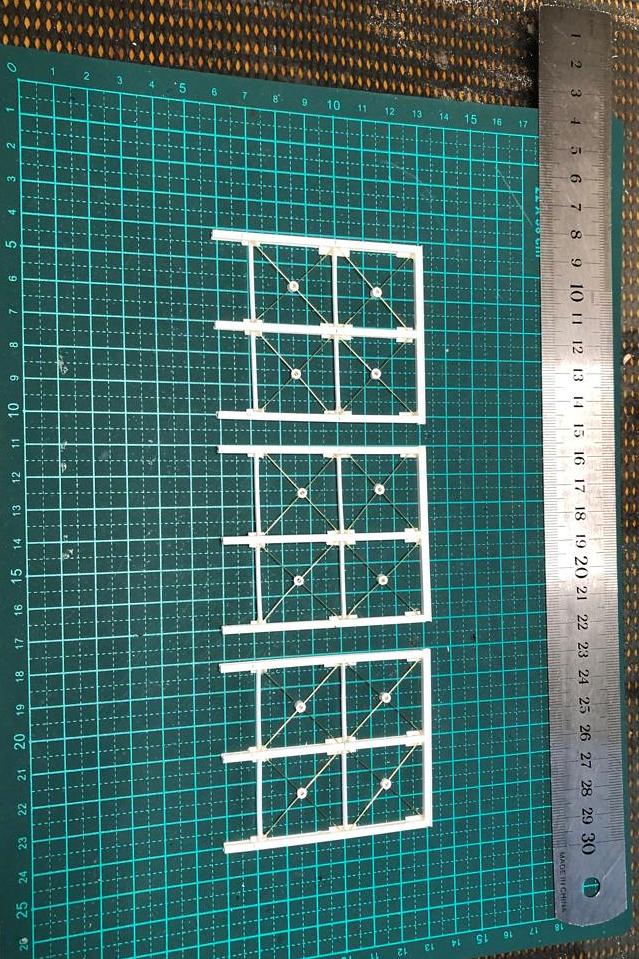 Three legs assemblies, ready to be attached and assembled together to the water tank. Each of the legs are made from styrene H-beam glued together with plastic cement. The brackets for the tension rods are styrene C-Sections cut in half and mounted to the H-beams. The tension rods are made from 0.016 inch diameter brass rod, with the centre ring cut from a length or round hollow styrene rod. 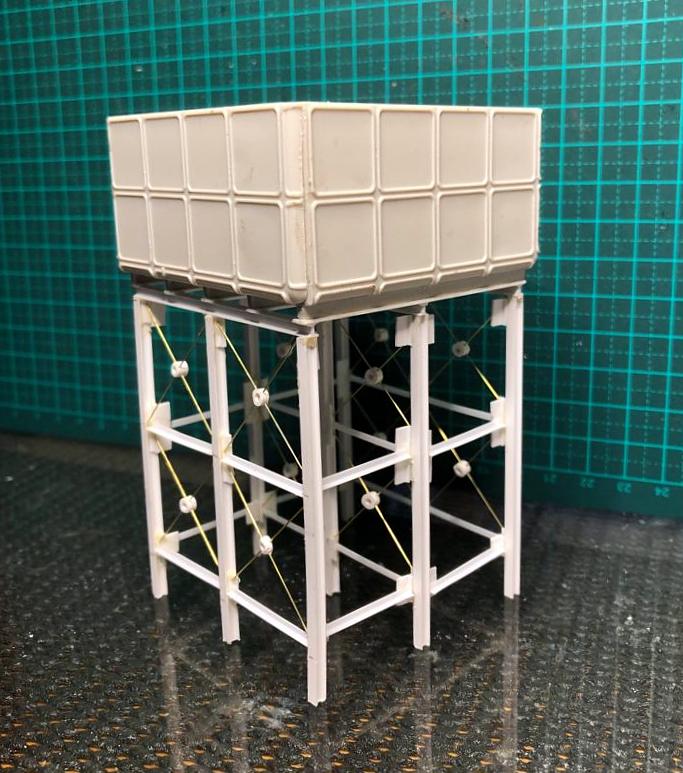 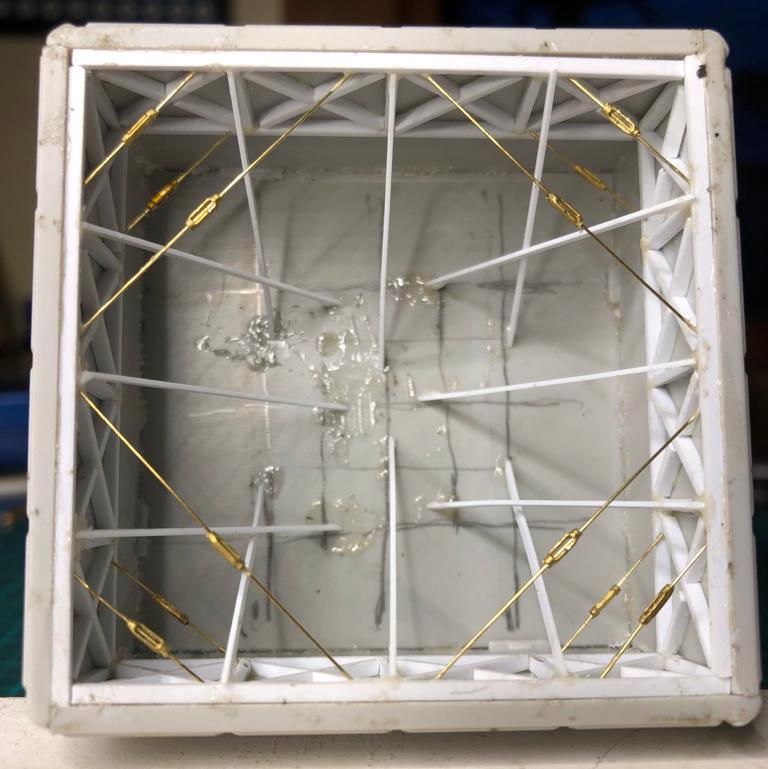 Inside view of the water tank showing the bracing and rodding detail added to lift the basic tank kit to something far more detailed.

Another structure featuring alongside the station is the goods shed. Due to size constraints, construction of a smaller version based on photos of the prototype has commenced. The four walls of the Goods Shed were initially constructed from plain sheet styrene cut to shape and glued together with liquid MEK. Internal corner bracing was added for strength and squareness. Rough cutouts for the windows and doors were then made in the plain sheeting prior to assembly. A layer of Wills brand corrugated plastic was glued over each of the four walls and for the two sides of the gabled roof. Gaps for windows and doors were more precisely cut in the corrugated sheeting. Vertical V-groove styrene sheeting was glued inside each doorway to represent the timber doors, and thin strip was added around the door reveals as trims. 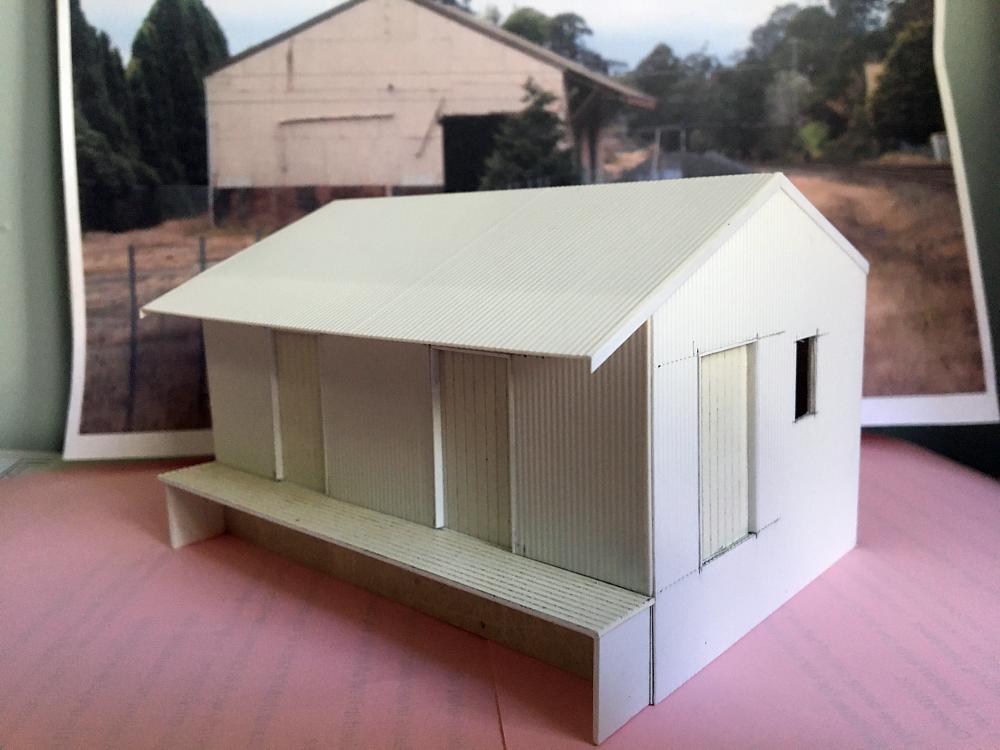 The model of Mittagong goods shed under construction, with a photograph of the real thing in the background.