During February one of the project milestones was reached with all track, and accessory bus wiring, finished under the layout. A connection point to the layout control system, to be located on a future shelf housing the equipment, was included as part of the station module wiring. The completion of this infrastructure now allows the Group to concentrate their efforts to the top of the layout rather than underneath.

Before we can progress with adding scenery close to the track in some areas, it is easier to first paint the track. The Main Southern line in the 1950s-1960s, being the major transport artery between Sydney and Melbourne, was kept in good condition with regular maintenance. This is the look we are aiming for, painting the sleepers a light grey with the rails painted a rusty brown to match. 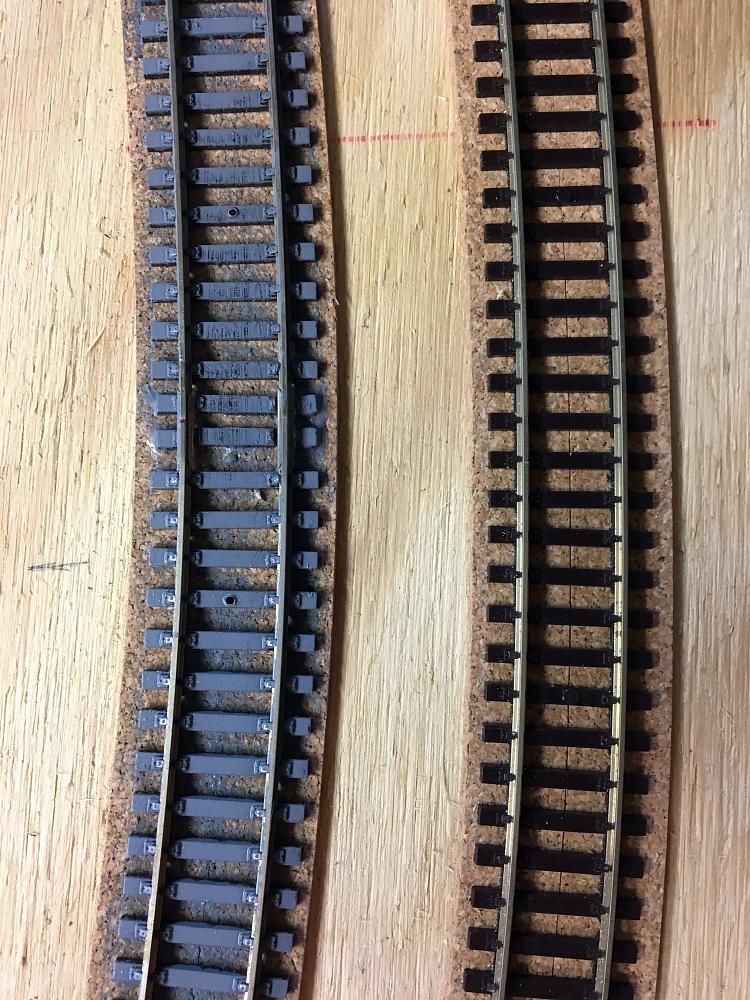 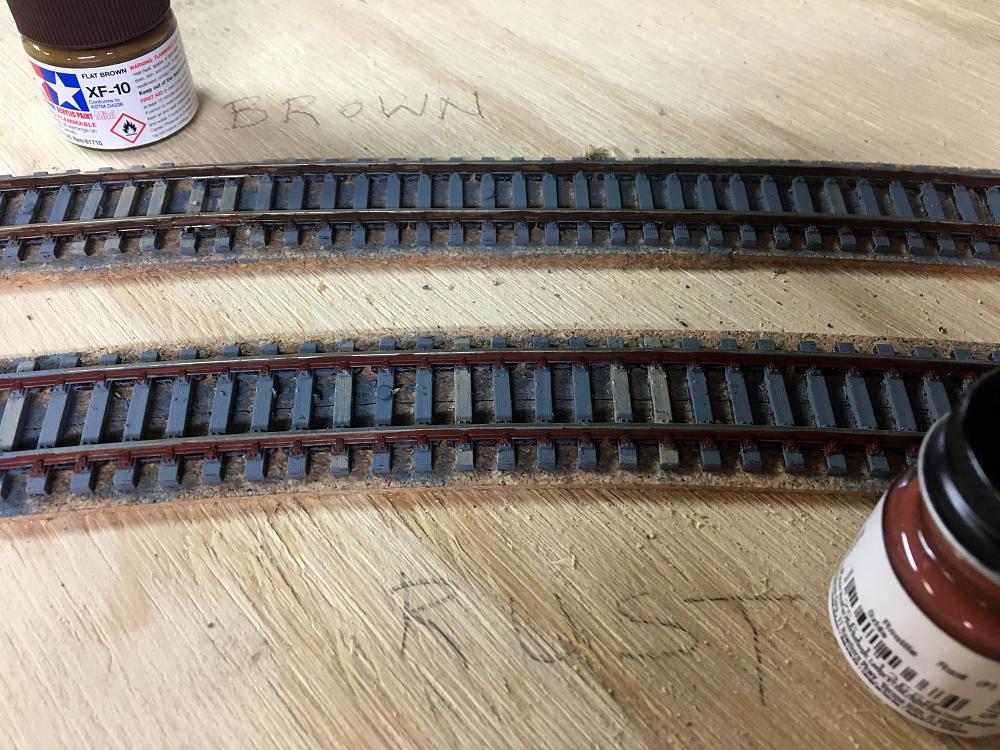 Different colours were tested in order to get the right shade of rust for the rails and sleeper plates. 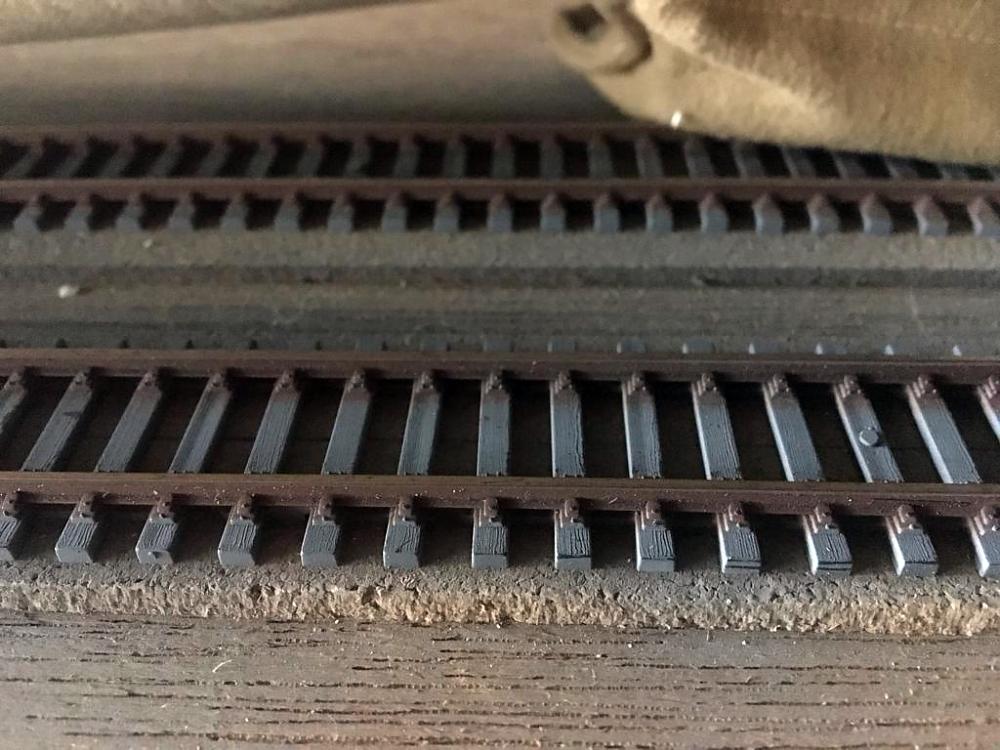 Scenery formwork and top layers of Sculpt-It modelling mix continued to be added, changing the appearance from wooden frames and coloured foam to base layer scenery. A coat of paint to seal the timber and modelling mix was applied to the station module. 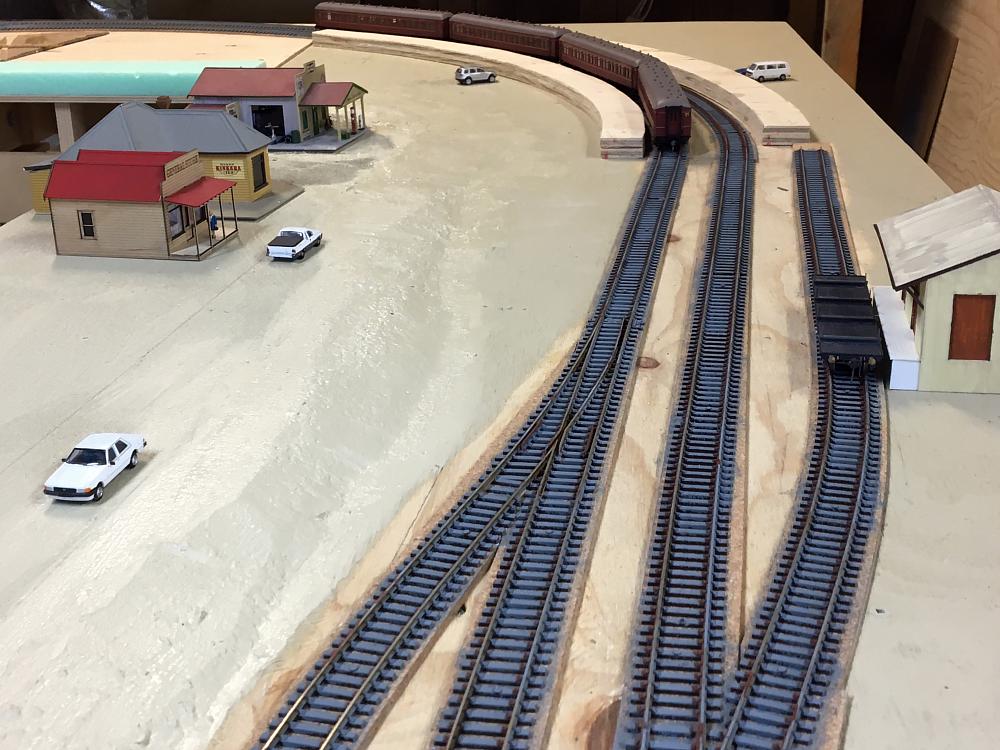 The station module with station platform formers, buildings and cars placed to get an idea of sizes and orientation of scenic items and infrastructure.

The water tank for the station precinct was finished and painted. The step ladder was made from two Kieran Ryan ladders soldered together, cut out and bent over at the top. The water level was scratch built from different size pieces of styrene and scale chain. The water float inside the tank was made from a freight wagon brake valve filed down to suit. The inlet valve was scratch built using various sizes of styrene. Finally, the corner bracing inside the tank was made from Grandt Line ties added to brass rod then glued in position. 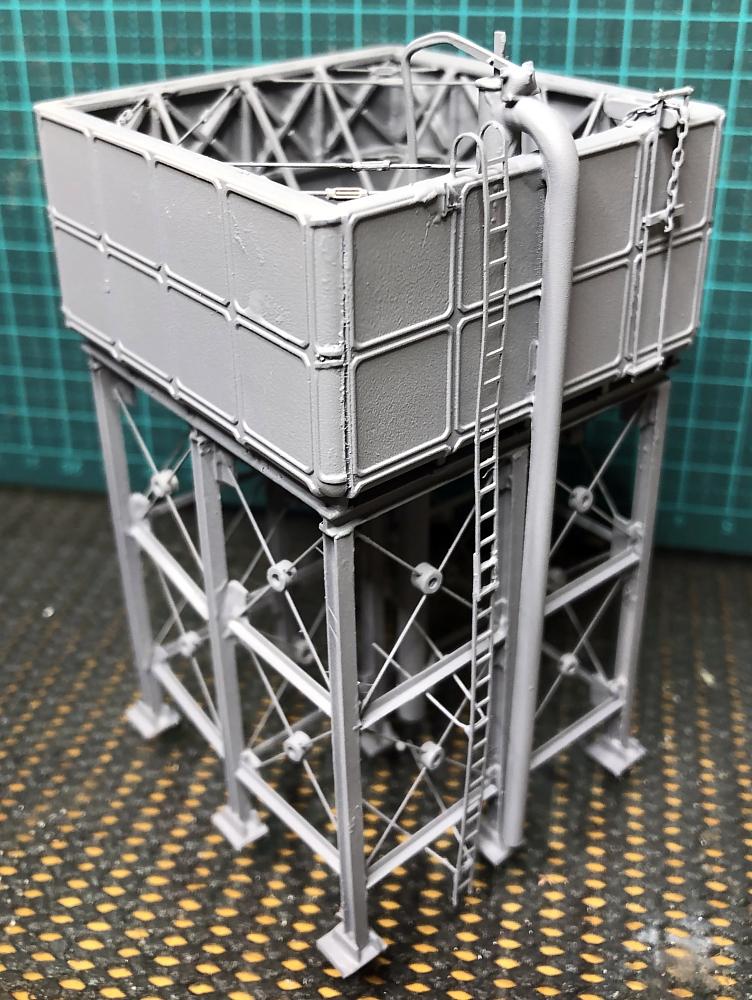 The water tank completd and painted.