Work on the layout in March was interrupted once more by COVID as members had to go into self-isolation. Time was spent by individual memebers on projects they could work on themselves. One such item was the steel girder bridges, with the CAD drawings finalised and checked in preparation for the final 3D prints and assembly. 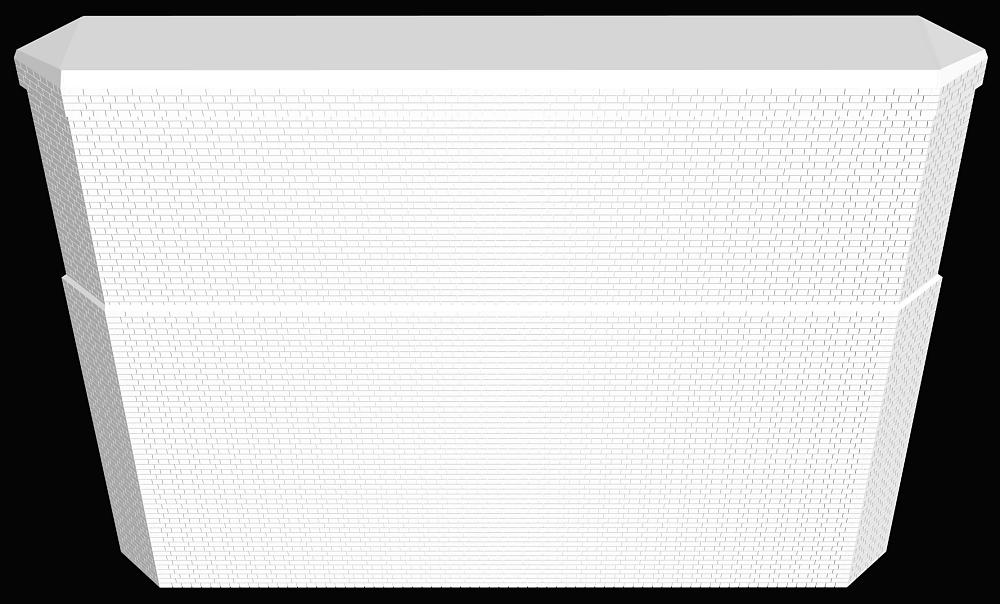 3D render of one of the girder bridge piers.

A 3D mock-up of the separately designed components of a girder bridge span, to ensure correct fit and alignment when assembling the printed pieces.

A small farm will feature on the scenery side of the layout. Laser cut wooden kits from Walker Models have been started to represent a typical farm of the location and era. The kits have been well designed which makes construction much more enjoyable. 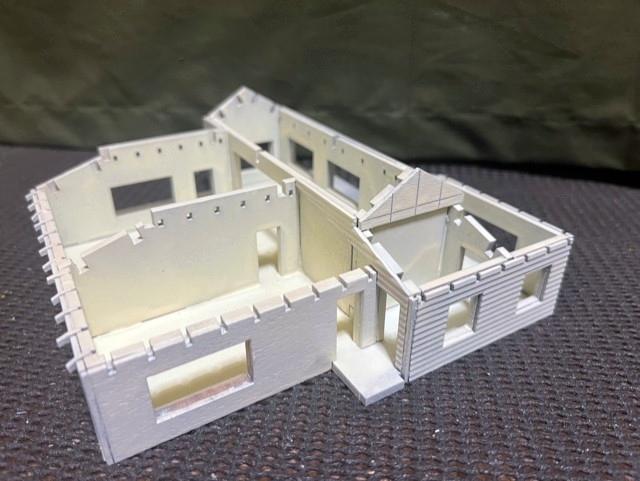 A farmhouse kit in early stages of assembly. The walls are given a coat of paint before begin glued together. 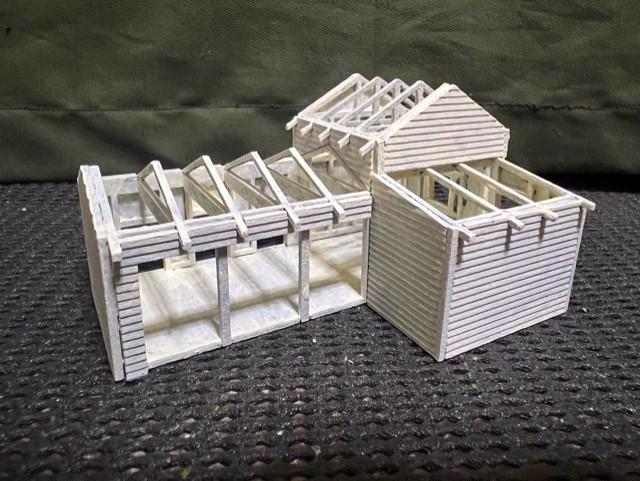 A milk shed will sit on the farm not too far from the house. Like the farmhouse, the walls were painted before assembly, with the roof ready to go on.

Work has also commenced on the large sandstone viaduct featured at the front side of the layout. The Group were able to source plans of Stonequarry Viaduct located in Picton. These plans were used to draw out a scaled down version of the viaduct. Identical sides were cut from 3mm MDF sheet to be attached either side of the bridge span before the arch formers and sandstone will be applied.

Two pieces of 3mm MDF were bolted together before the viaduct piers and arches were marked out and cut with a jigsaw.

Once in a position to meet again in person, the Group went over and finalised the detailed designs for the backdrop and lighting canopy, so work on these two items can commence after our return from the Canberra Model Train Expo, held on the last weekend in March. In the first time in a year, Guildford Model Railway Group appreciated the opportunity to run trains on our layout Goulburn at the Canberra exhibition. While there, we took the opportunity to visit the various trade stands and stock up on scenery and detail items for placement on the Southern Highlands layout at a later date. 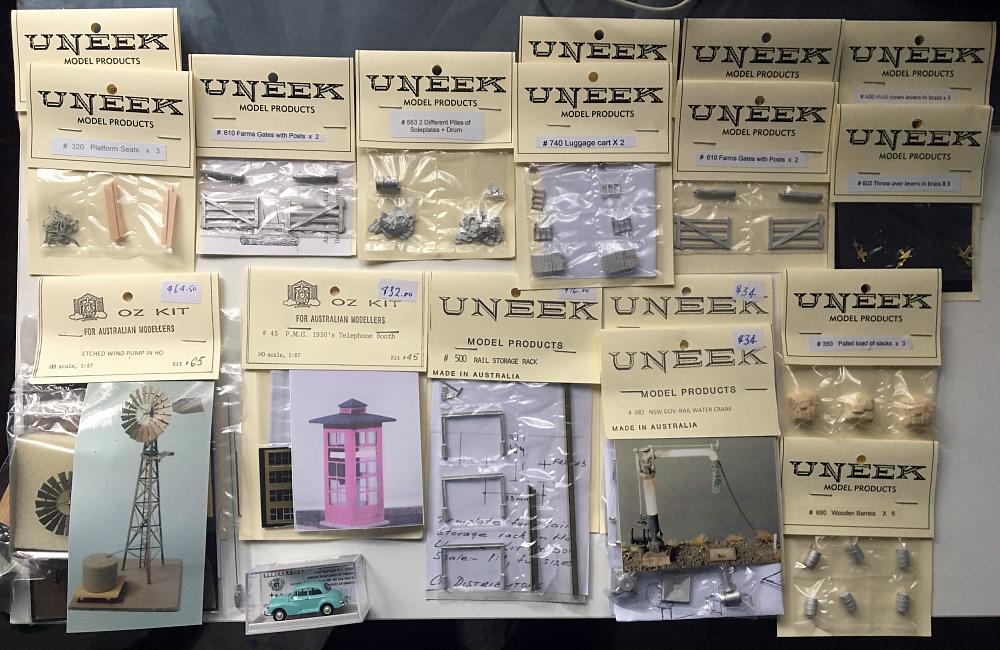 Some of the scenery and detail items that will go on the layout. 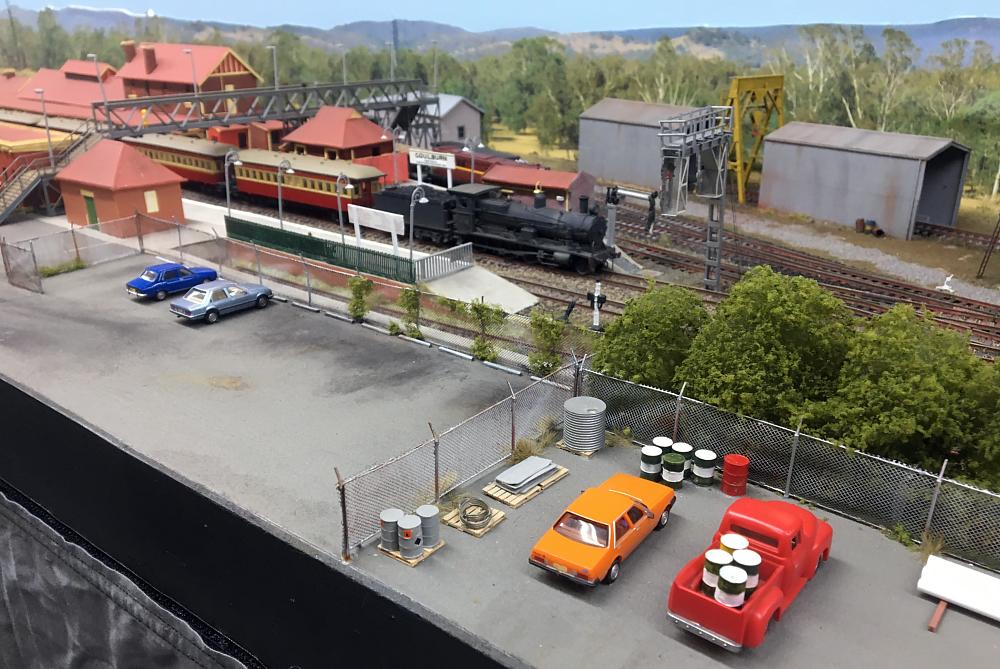 A photo of Goulburn from the Canberra Model Train Expo. 32 class steam locomotive 3214 on a tour train waits to depart Goulburn station.