Construction work in the month of April concentrated on the last main part of the layout infrastructure, the layout backdrop and lighting system. The backdrop consists of 6 separate pieces which will be attached to the layout on site in the loft during installation. Four flat panels were cut from 9mm plywood sheets and reinforced with pine framing to prevent warping and to provide stability to the layout lights. Considering all the recent wet weather that Sydney has experienced, the four panels were painted on all sides with a coat of undercoat/primer to prevent moisture from damaging the plywood. 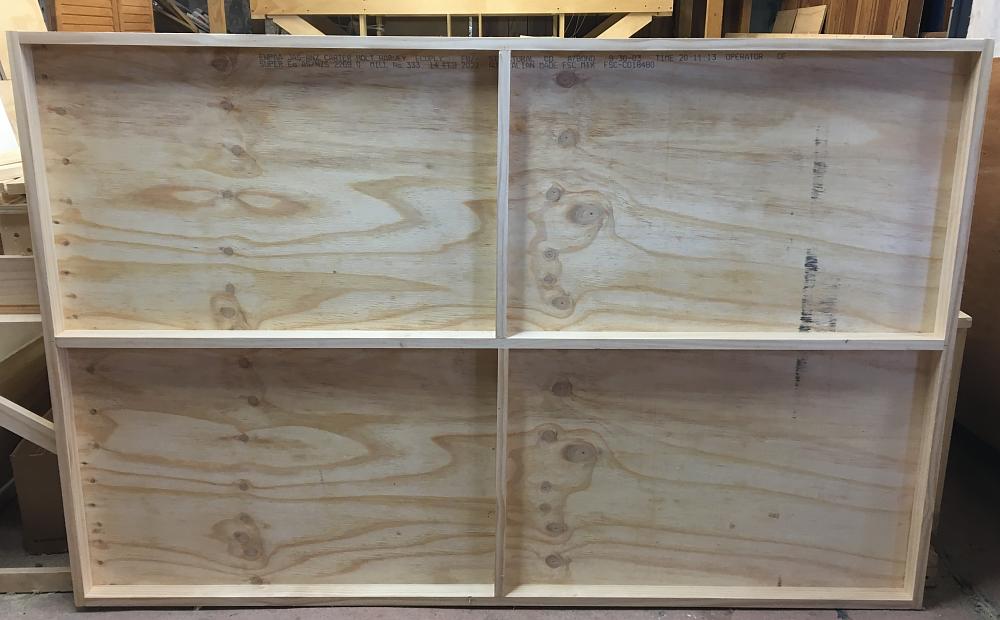 One of the four flat backdrop panels, ready for painting. 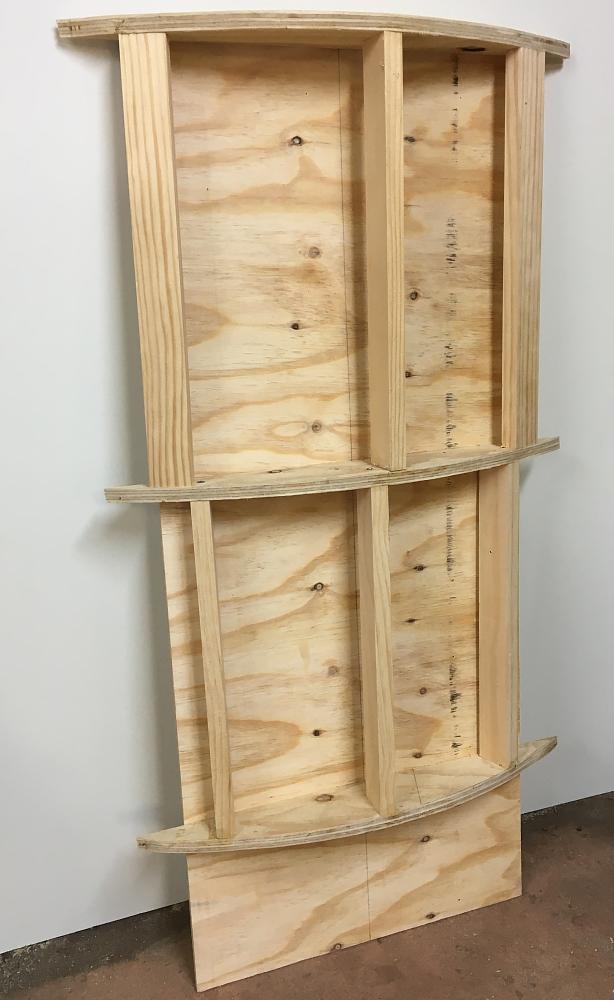 One of the end backdrop pieces showing the formers and bracing. 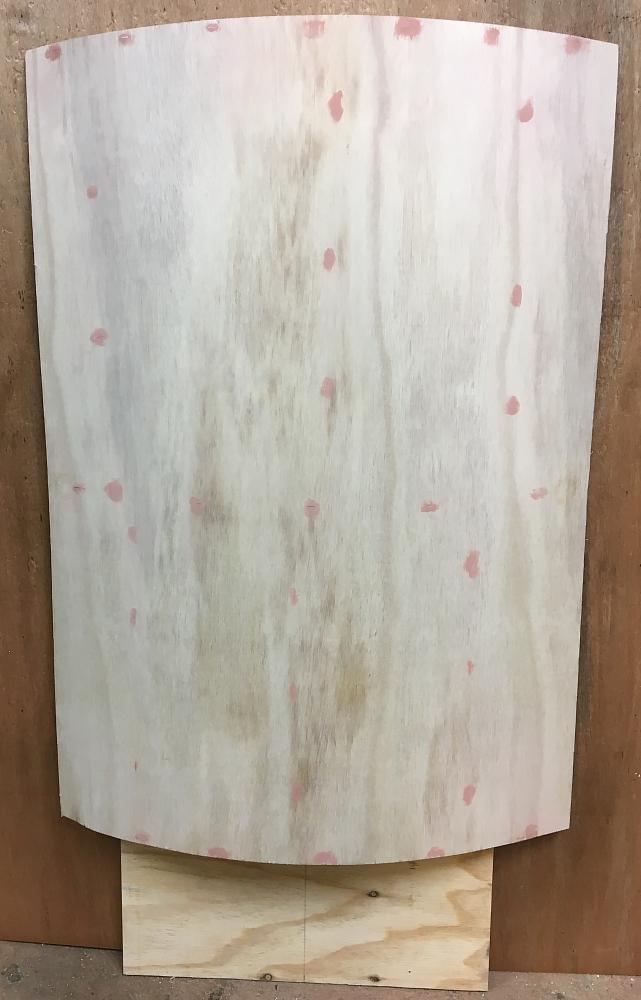 One of the end backdrop pieces with the plywood puttied, sanded, and ready for painting.

The layout lighting system consists of 4mm braceboard panels suspended over the layout on lengths of aluminium Tee section, which sit on pine legs. The pine legs were cut to length and adjustable castors fitted. The aluminium Tee sections were also cut to length and bolted together for where the light panels extend over the layout ends. Eight identical light panels were cut to size, before a slot was cut for the LED lights to sit in place. A coat of primer was also applied to these panels to prevent any potential moisture ingress. 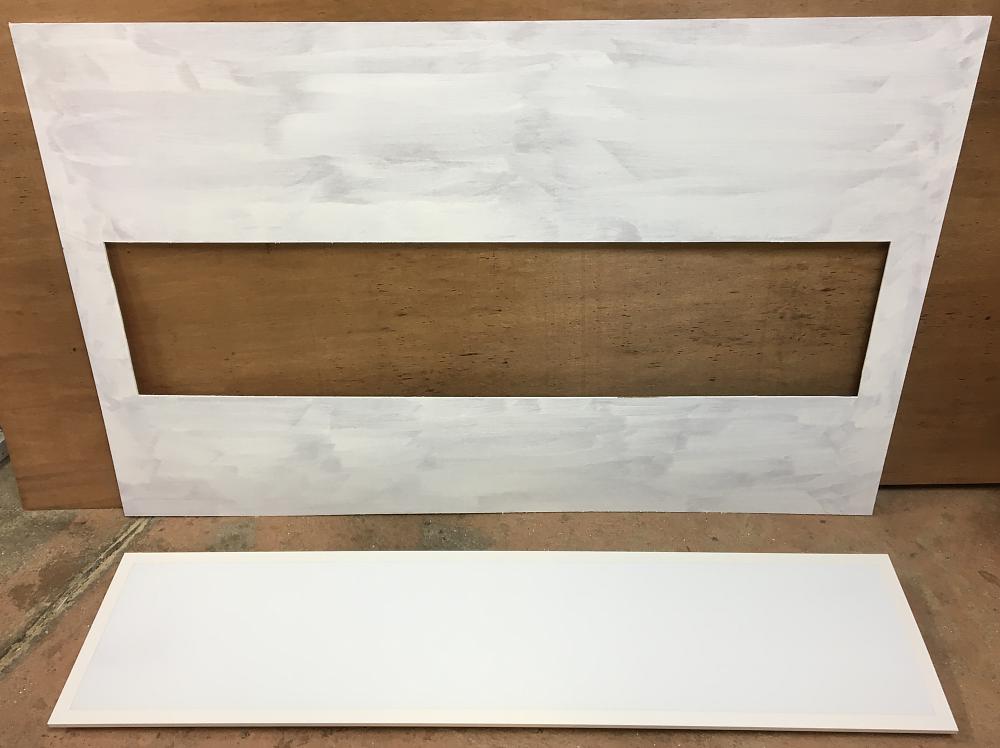 One of the plywood light panels and an LED light sitting on the ground in front.

As well as all this work, time was still spent on the scenery side of things. Painting of the track continued and ballasting commenced. In areas, Sculpt-It modelling plaster was applied to the shaped foam and given a base layer coat of paint. The goods shed was finished and painted. 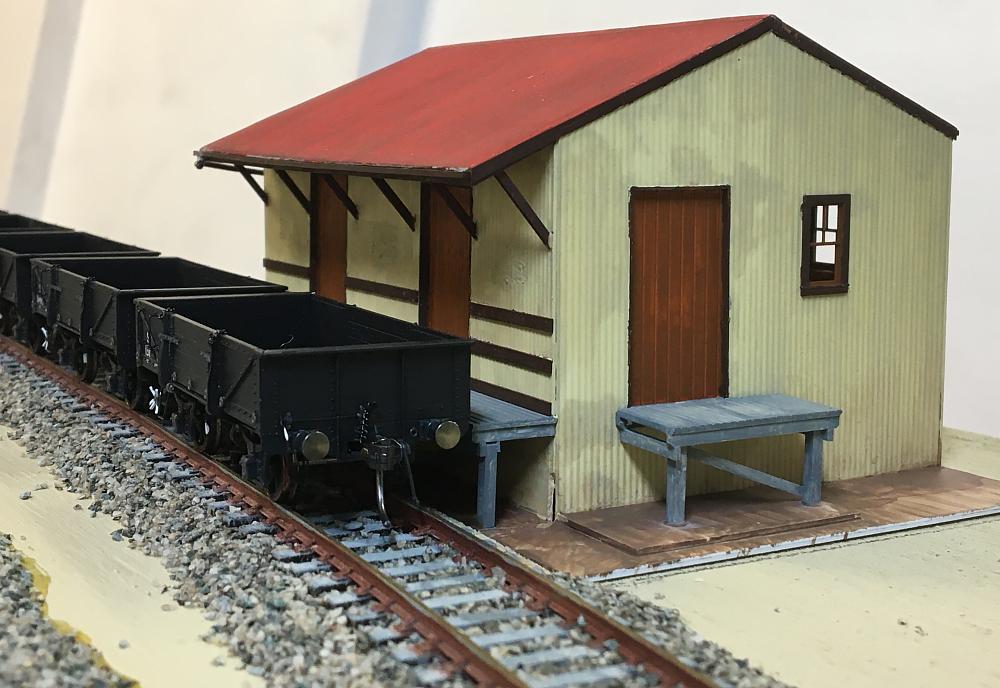 A row of S trucks sit in the siding in front of the goods shed, based on the structure still standing at Mittagong. 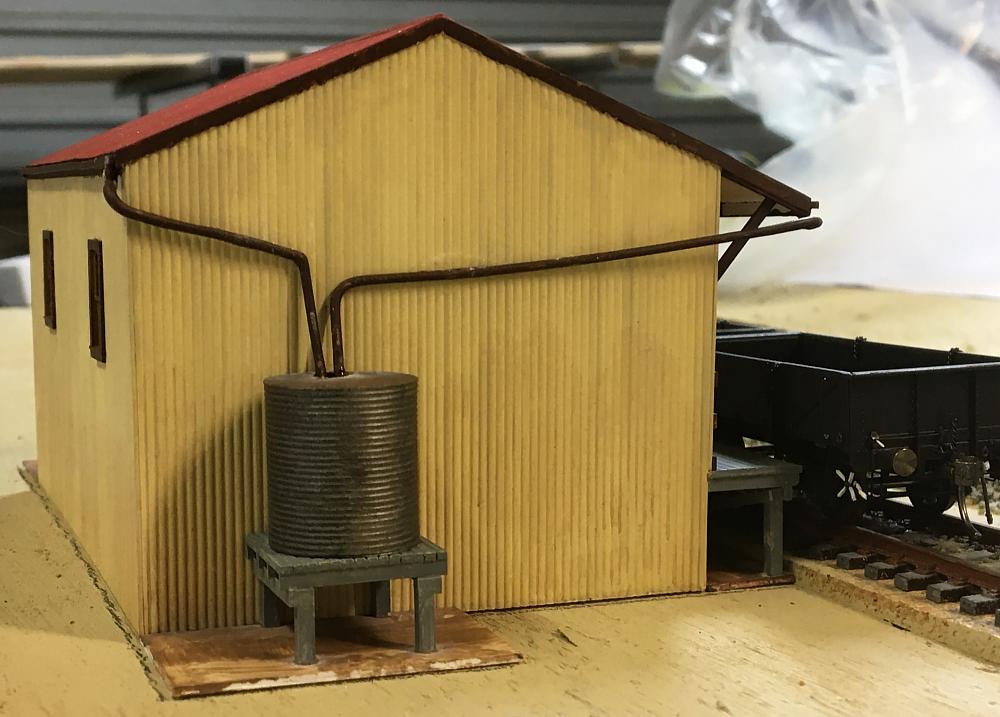 View of the station end of the goods shed. Due to space constraints the size of the shed was adapted to suit the layout.