The process was repeated at the other end of the layout, before the final pair of legs and aluminium cross piece were put into place in the middle of the layout. Across the layout ends, a length of aluminium L section was bolted to the overhanging Tee pieces, to support the lighting panels at their edges all the way to the corners. The aluminium framework and braceboard light panels effectively makes a self-supported suspended ceiling above the layout. 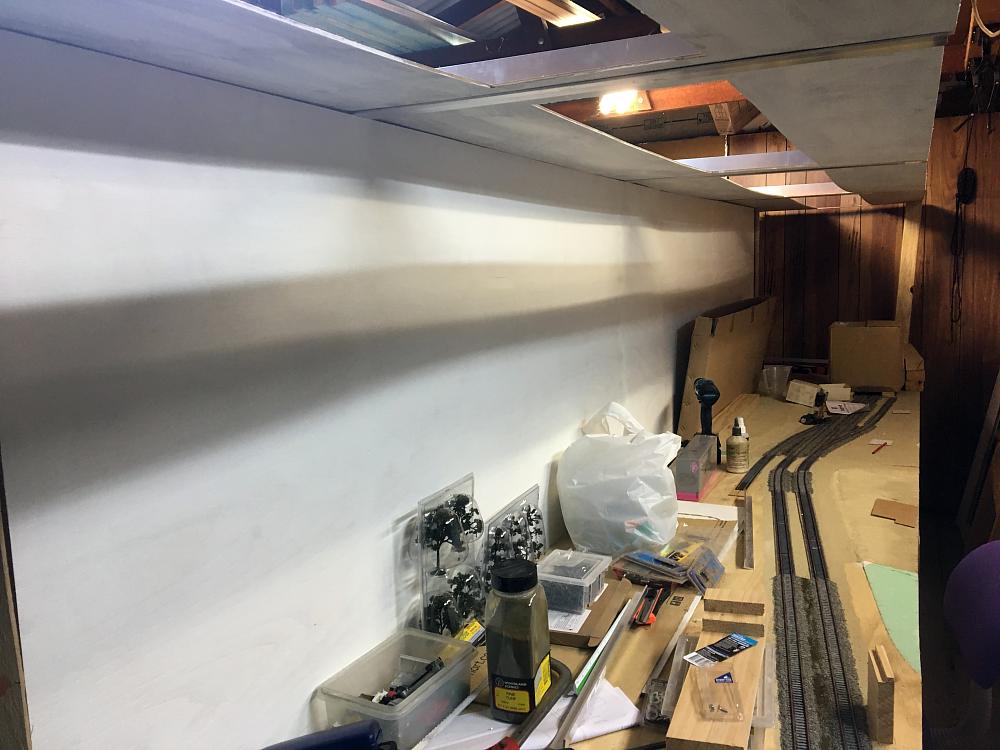 The view along the Maltings and station side of the layout showing the backdrop and lighting panels in place. 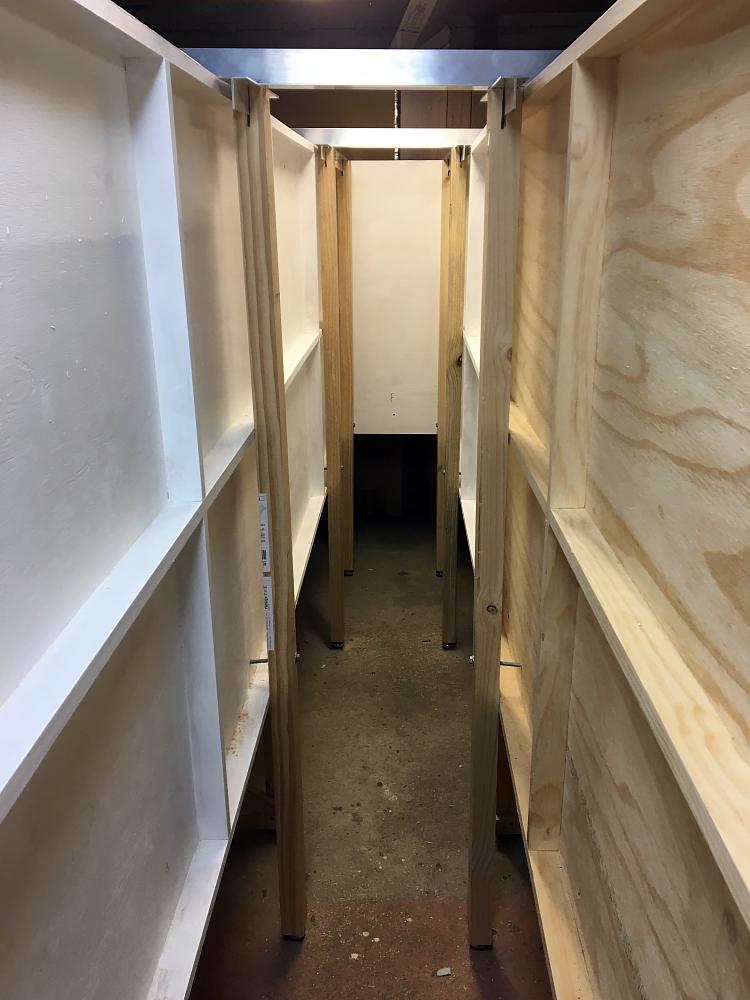 Inside the layout, showing the backdrops and lighting structure. The pairs of pine legs hold up the perpendicular Tee cross pieces and the overhanging Tee pieces at the end of the layout, for the braceboard panels to sit on. There is just enough space to move through for setup and maintenance purposes.

Guildford Model Railway Group took time out from construction in the middle of the month to exhibit Goulburn at the Great Train Show, hosted by the Epping Model Railway Club at Rosehill.

Goulburn set up and ready for a weekend of running trains at the Great Train Show, Rosehill.

Shortly after the Rosehill exhibition, influenza and Covid related illnesses delayed the Group in continuing work on the layout together. However, by the end of the month, the Group achieved their aim of fitting and testing the backdrop and lighting system to the layout modules. While unable to meet in person, Group members worked individually on structures for the layout. 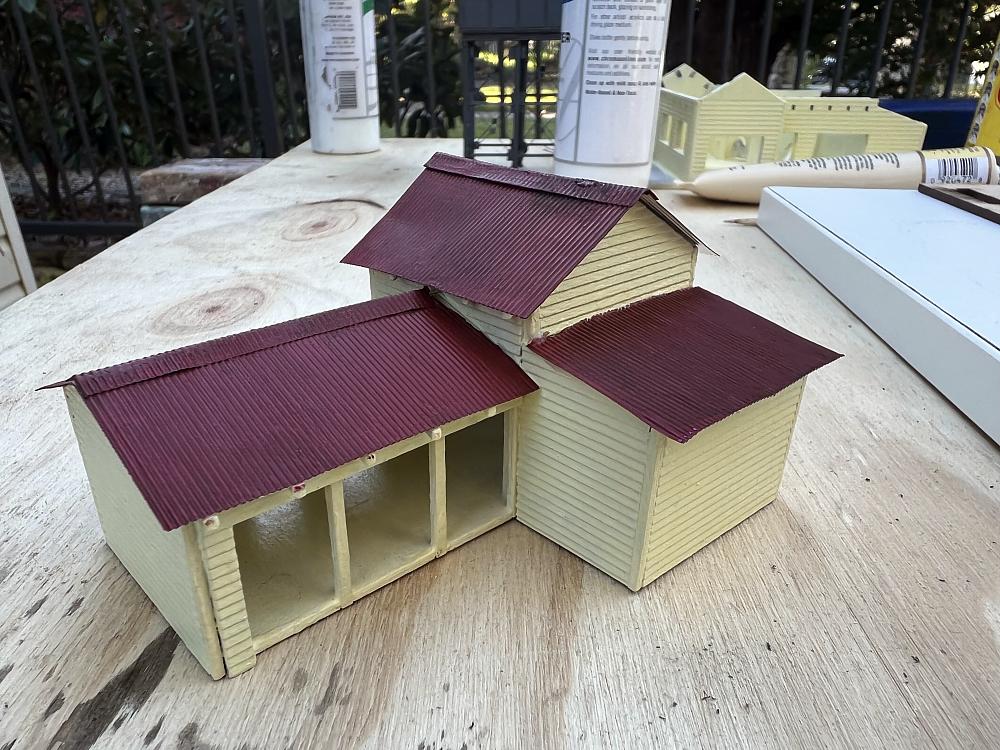 The milk shed, part of the farm on the rural scenery side of the layout, has been assembled painted and roofed. 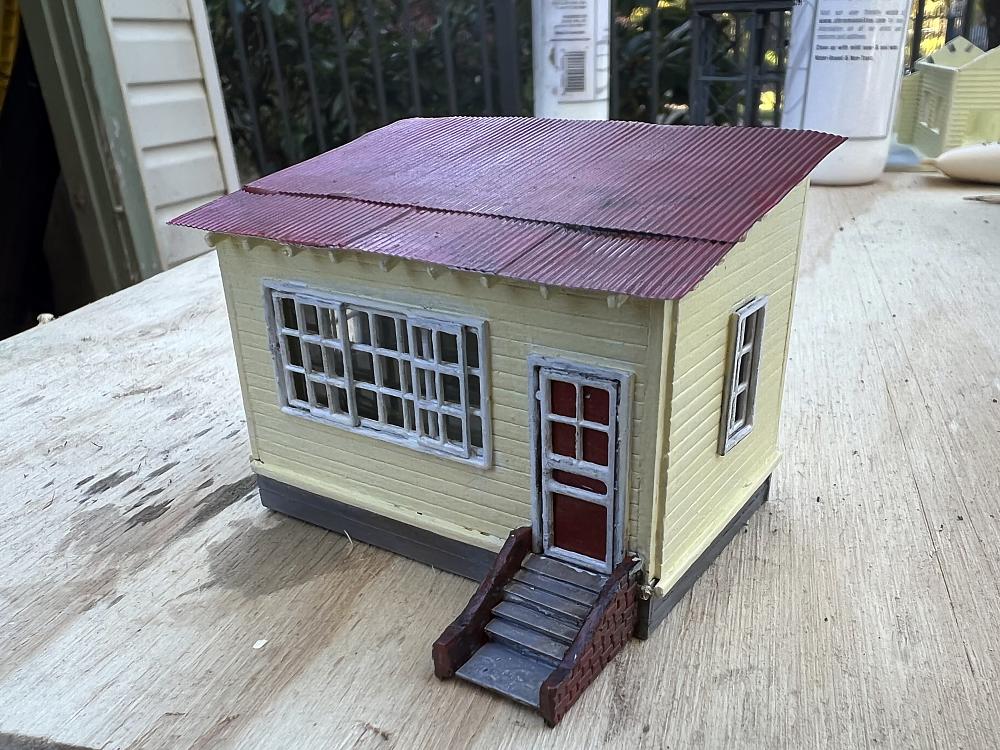 The signal box, which sits at the Sydney end of the Down platform at Mittagong, has bee roofed and weathered. Brick and concrete steps have been added at the doorway to represent the prototype. 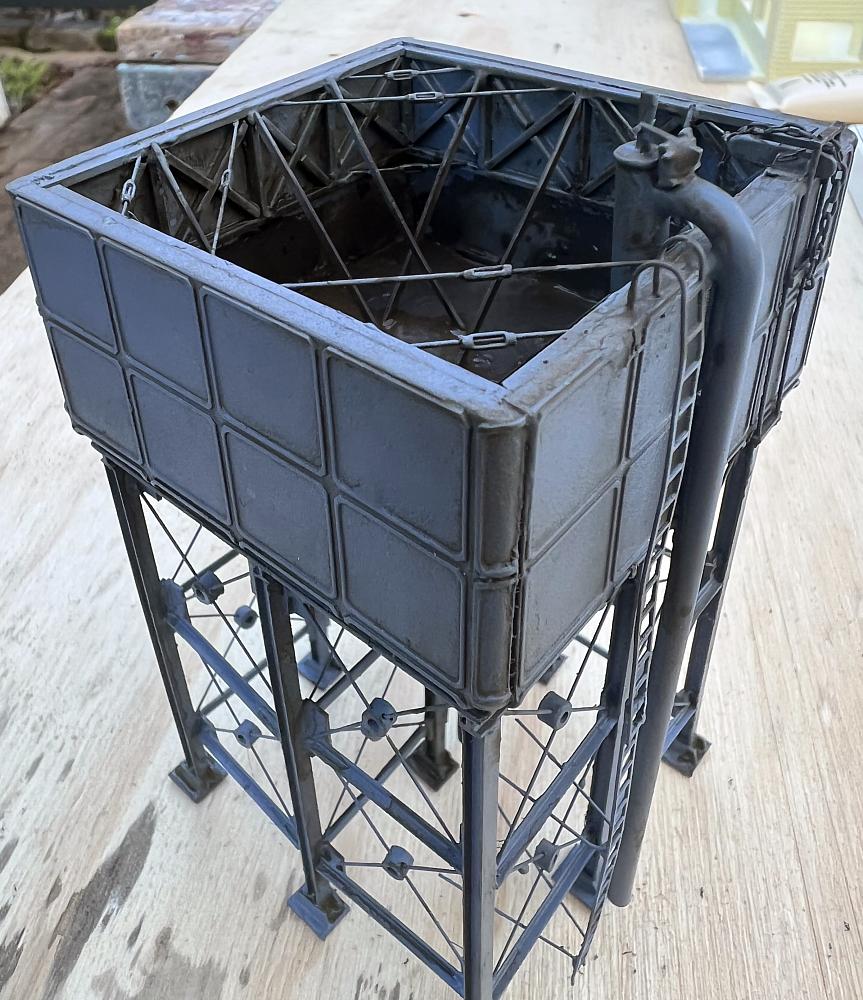 The raised 10,000 gallon water tank, used for refilling the tanks in steam locomotives, has been weathered and the interior has been painted a muddy colour in readiness for the water to be added.