During September, the remainder of the stone and brick sheeting was glued to the Stonequarry Viaduct MDF formers. The rest of the arches and the piers were laminated with stone sheet before brick trim courses were added at the top of the piers and along the top of the viaduct. The brick arch trims were designed and printed on a 3D printer. 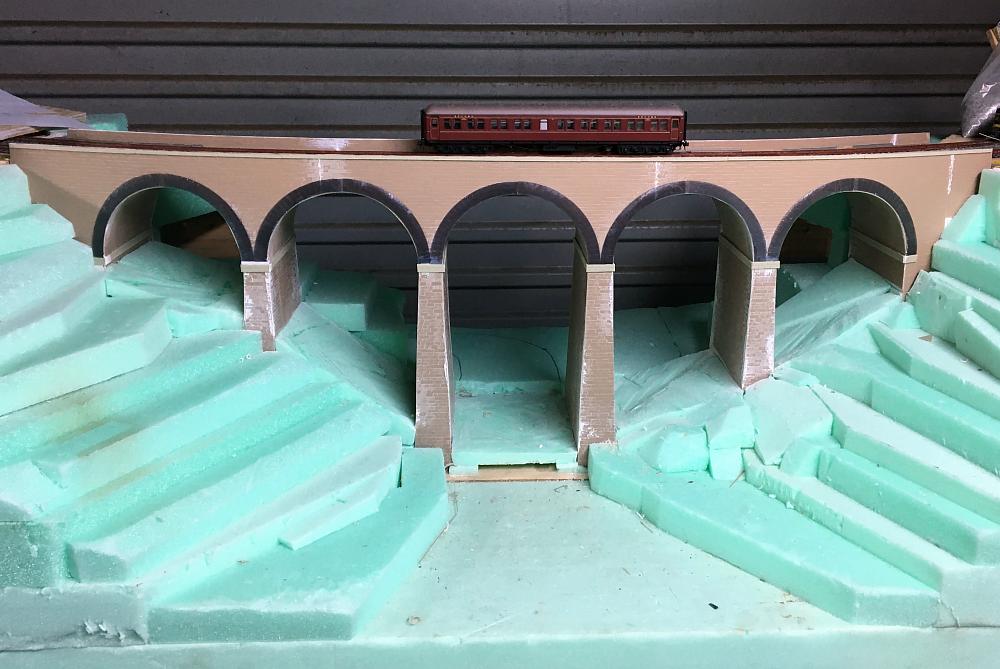 The completed brick and stone work on Stonequarry Viaduct. 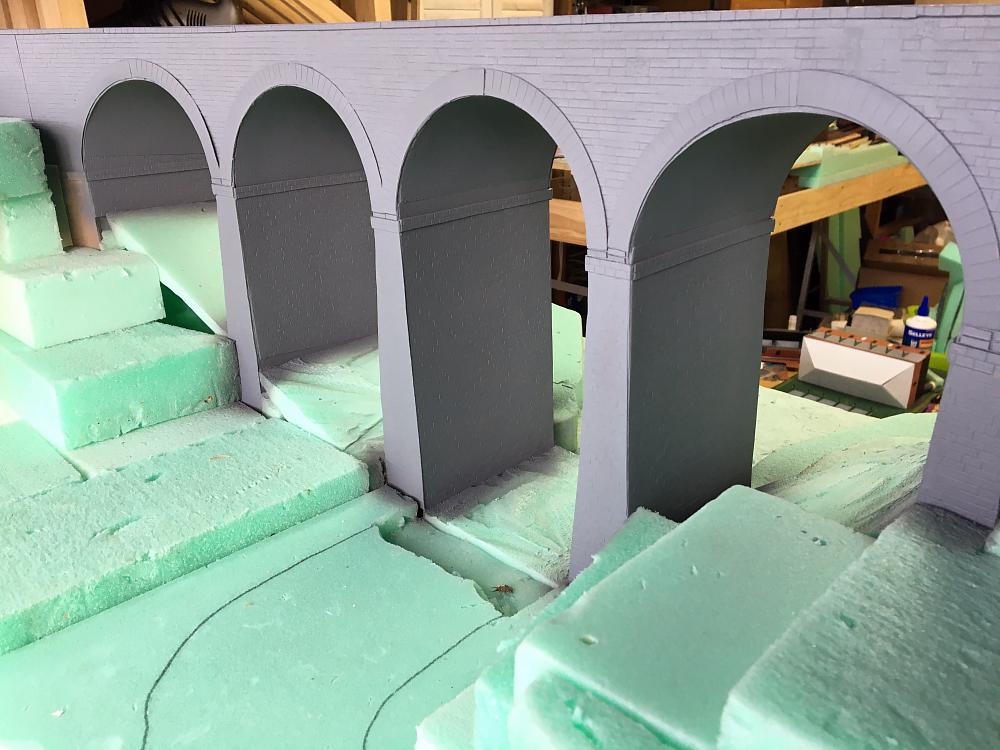 The viaduct received a coat of primer/filler undercoat in readiness for the top stone colour coats.

The ten individual girders for Wingecarribee Viaduct were assembled. Each girder consists of two girder sides with cross-bracing between them and transoms on top. Each girder was glued to the rails one at a time, to make up five girder spans for two tracks. Guard rails were formed from lengths of flex track and glued and soldered into position, with the rails then painted a rusty colour. The two bridge lengths were turned rail side down and the piers and abutments glued into position. Once the glue had dried, the bridge assembly was moved into position and the track laid up to either end. 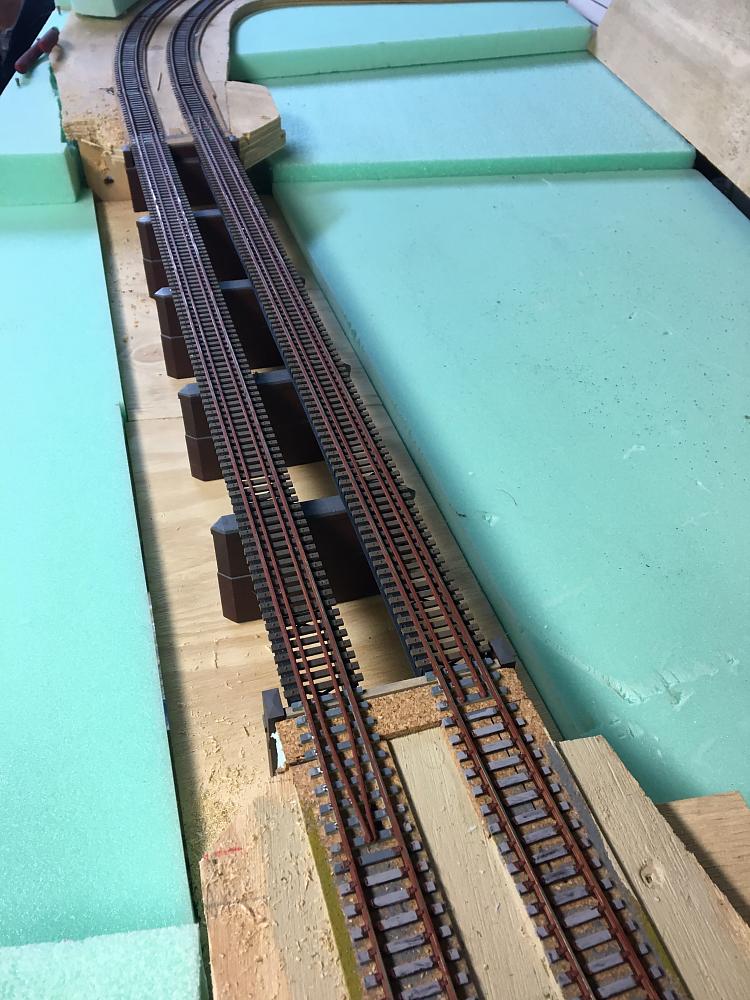 Overhead view of the girders, piers and abutments of Wingecarribee Viaduct.

Work commenced on the large two-storey Mittagong station. The station is being made from official plans and photos in two main pieces, with a smaller adjoining piece between them. Construction started with foam core board walls being cut and glued together to create the underlying structure. Sheets of scale brick courses have openings cut out in the correct positions for the doors and windows and are then glued to the foam core sub-structure. Styrene sheet was cut and glued in place to be the main support for the slate roof sheeting. 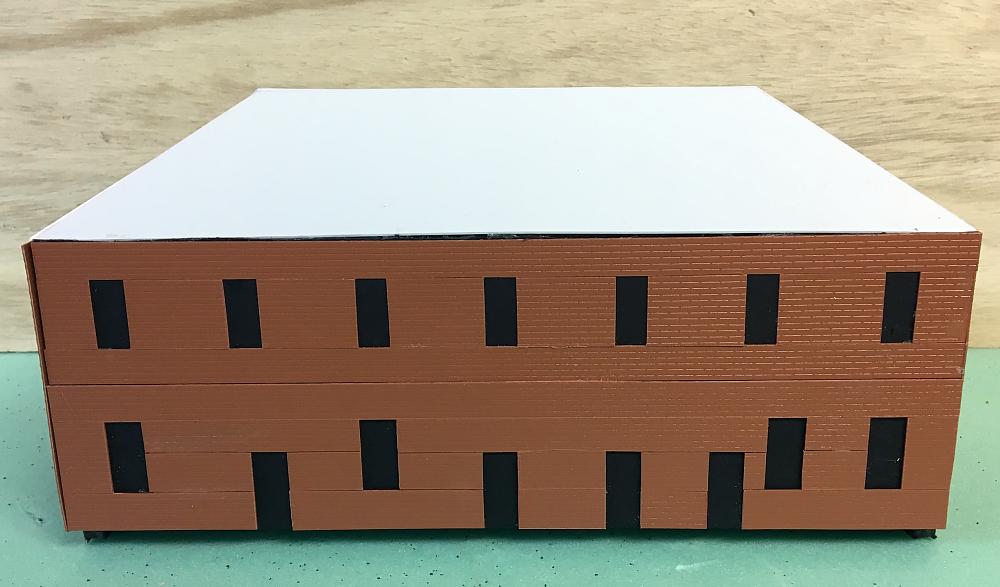 The main two storey part of the station building.

The single level part of the station structure that is on the southern end of the building.

Detail work on the Scout Hall continued, a flagpole (with rope), picket fence and building sign with the Scouts logo were added. 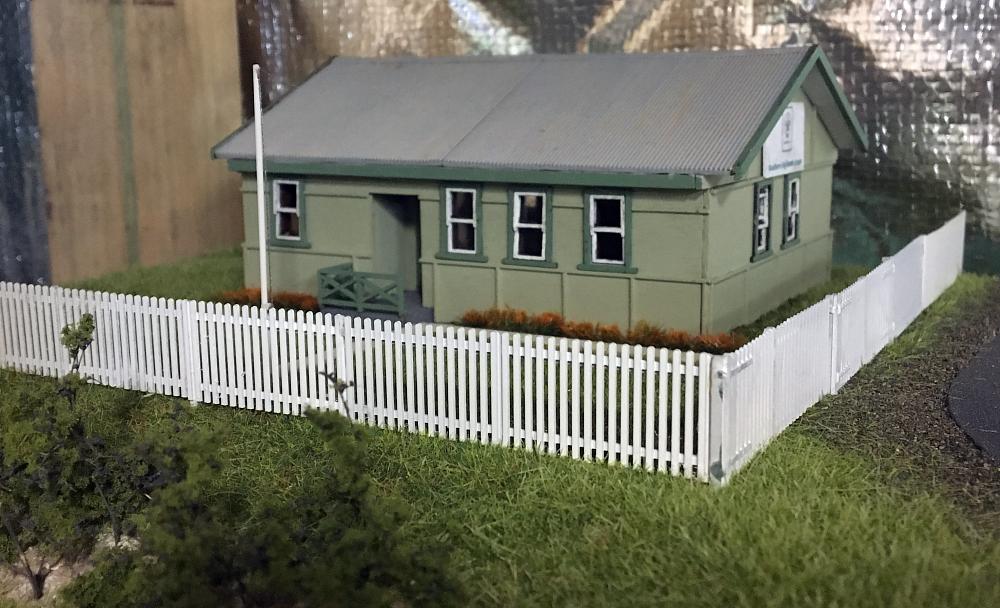 The Scout Hall on the street corner.

The row of shops and houses were glued into position and further details were added - gravel road edging, kerbs, driveways and fences. The War Memorial was fixed in position and brick edging was added to form a raised platform with step. A gravel car park was put down before wire fence posts were glued in.

View of the War Memorial with shops and houses behind.