Progress continued across different areas of the layout in October. With many photos taken during the course of the month, the October update will take the form of a pictorial. 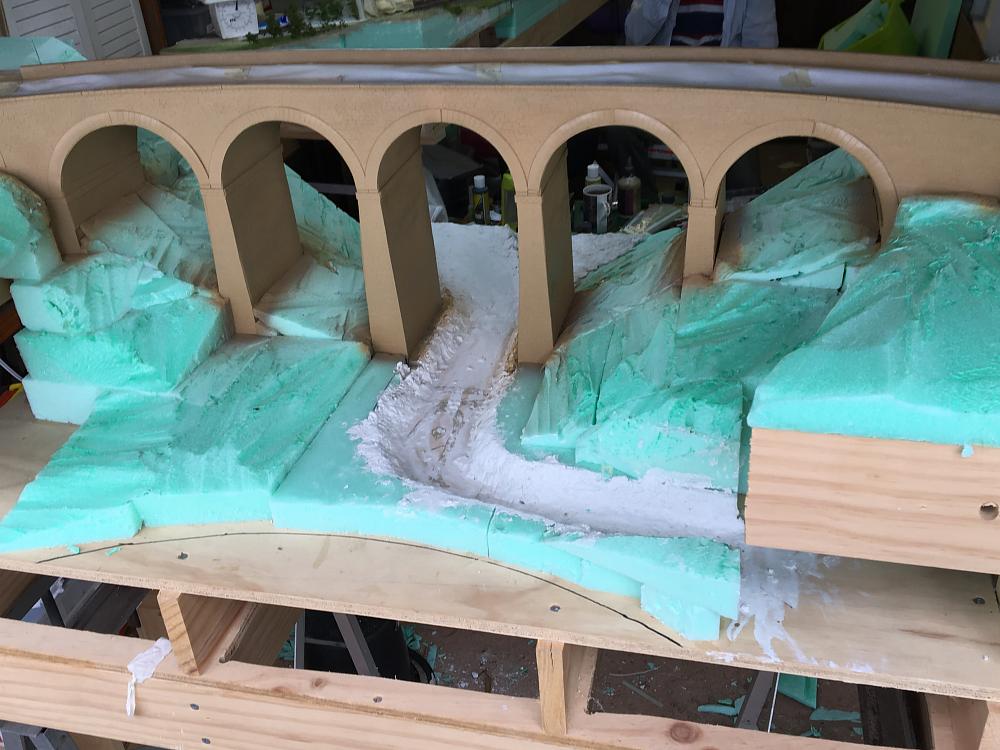 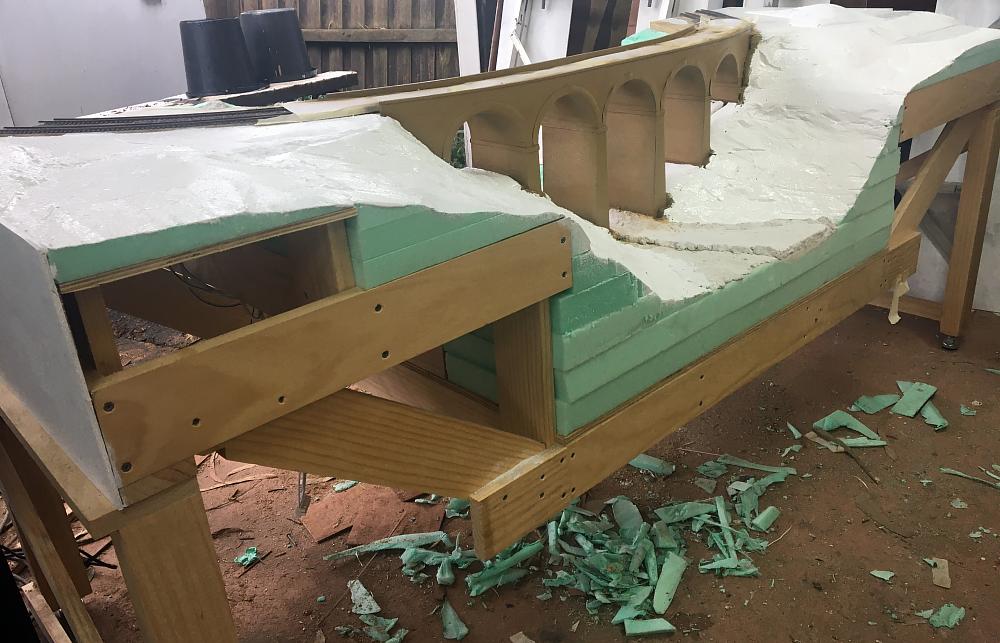 Fascias were cut and fitted to the sides of the viaduct module before the Extruded polystyrene (XPS) foam was shaped with a hot foam cutter and smoothed with an orbital sander. A layer of Sculpt-it modelling plaster was then applied on top. 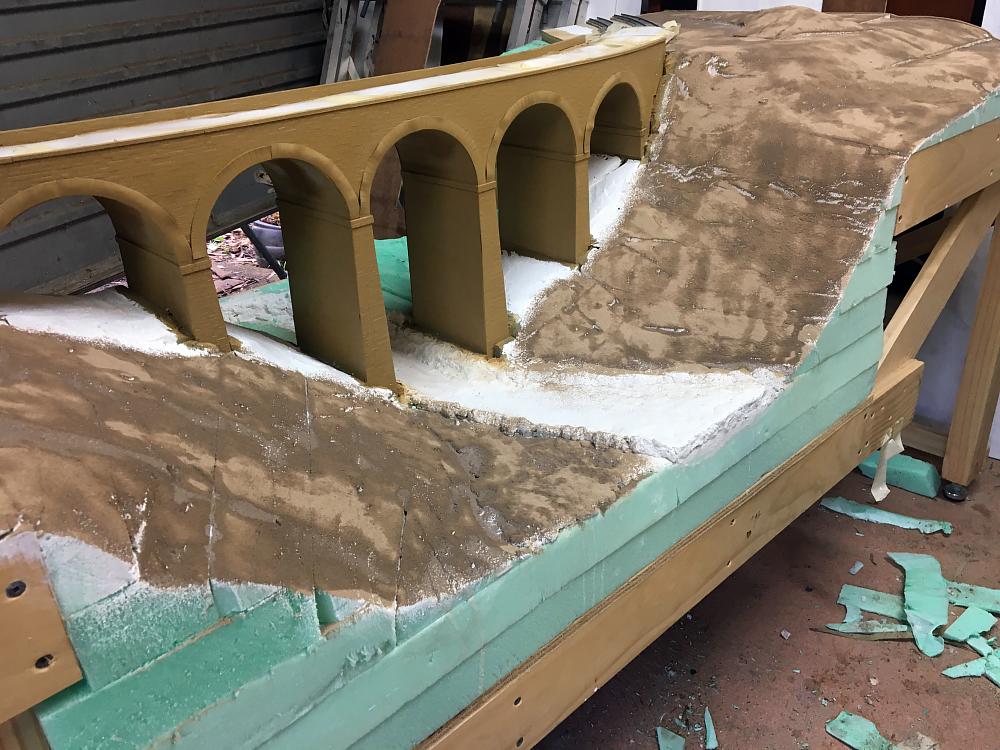 The plaster has been covered with a brown-coloured grout to give ground texture. 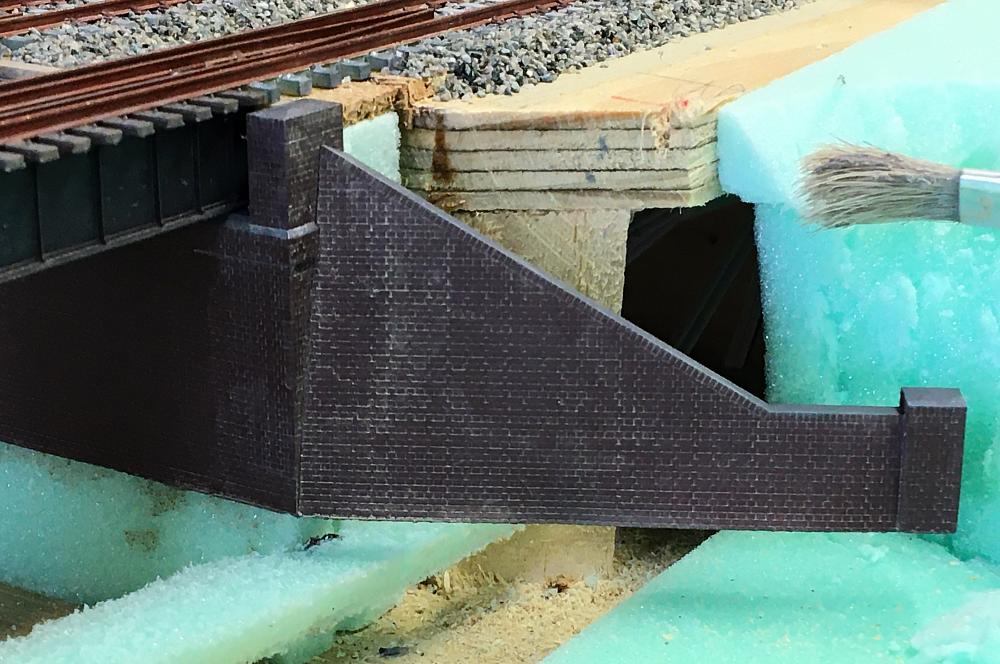 The Wingecarribee viaduct wing walls were pre-painted before being attached to the abutments. To give an idea of the size of the wing walls, the piece of horizontal ply under the track above the wing wall is 15mm (9/16") thick. 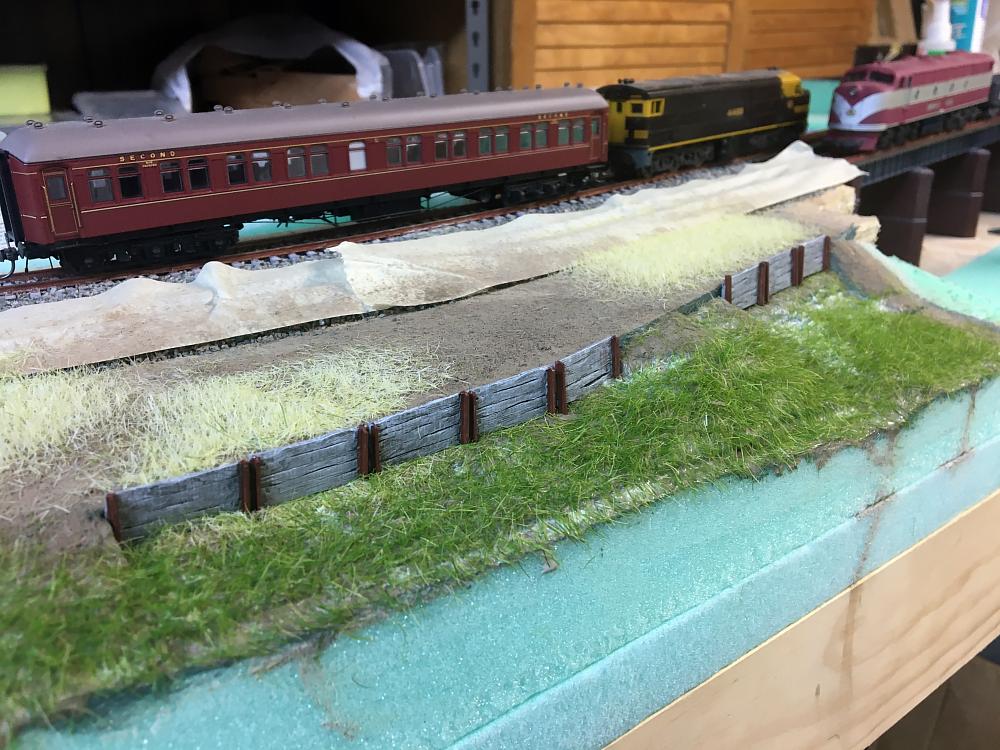 Scenery and small details have been added near the girder bridge, such as this timber retaining wall. 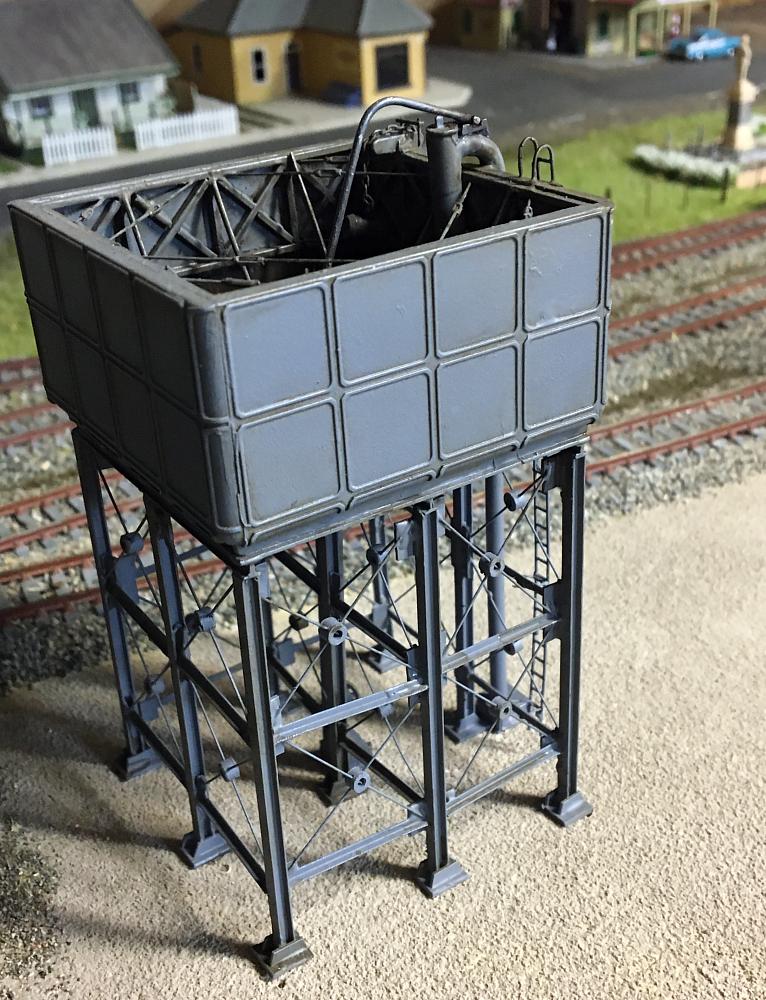 The water tank glued into position near the front of the layout. 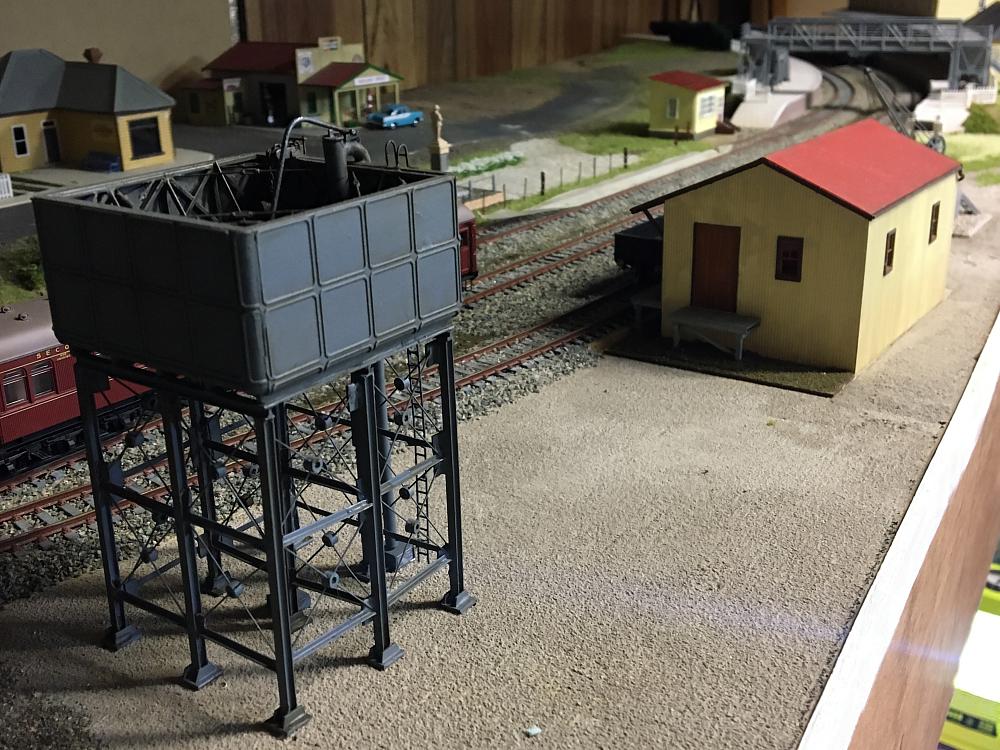 Just north of the station, the water tank and goods shed, with the war memorial opposite. 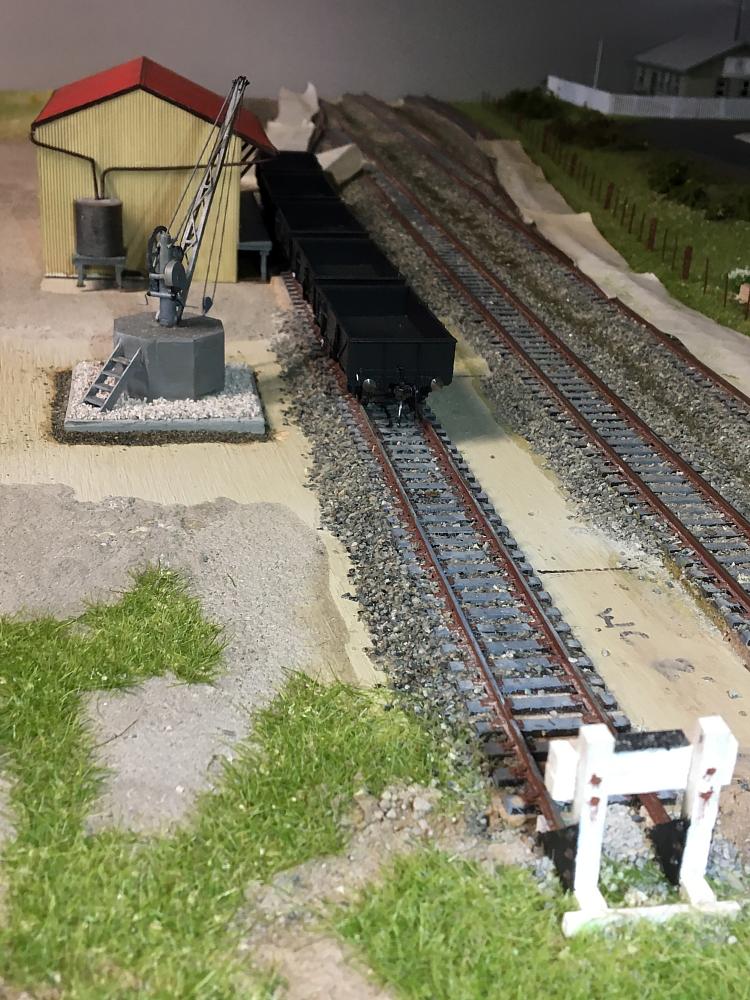 The goods siding with the 5-ton yard crane and goods shed in position. 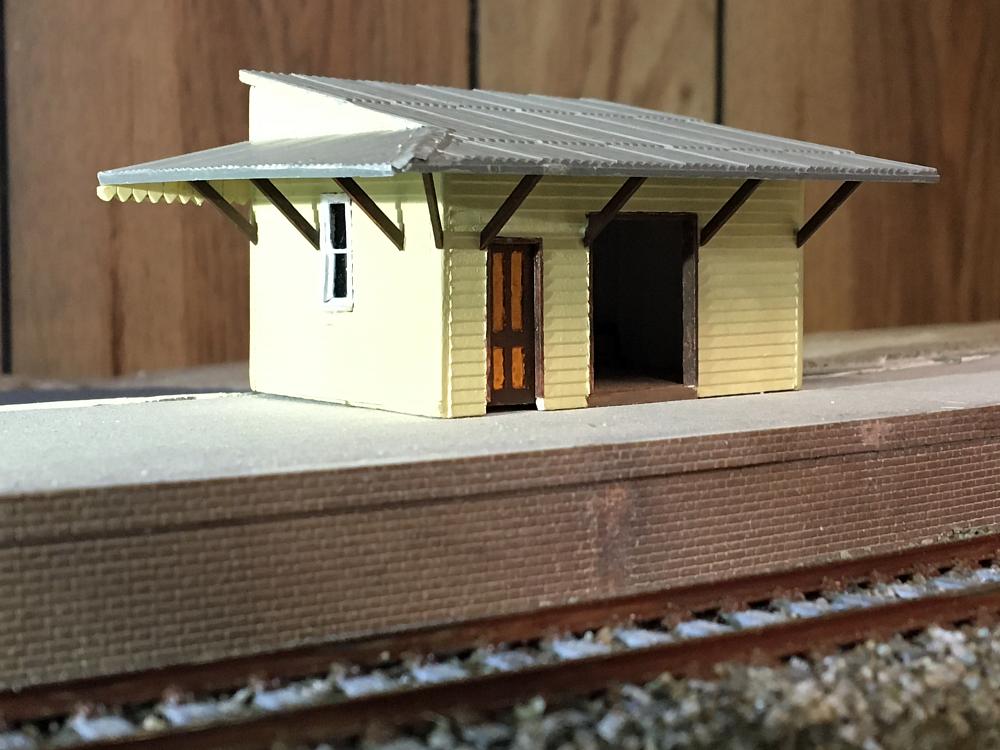 The ticket office and waiting room on the Down (away from Sydney) platform. The platform is made from two 9mm (3/8") pieces of plywood lined with brick sheet and topped with fine sandpaper. 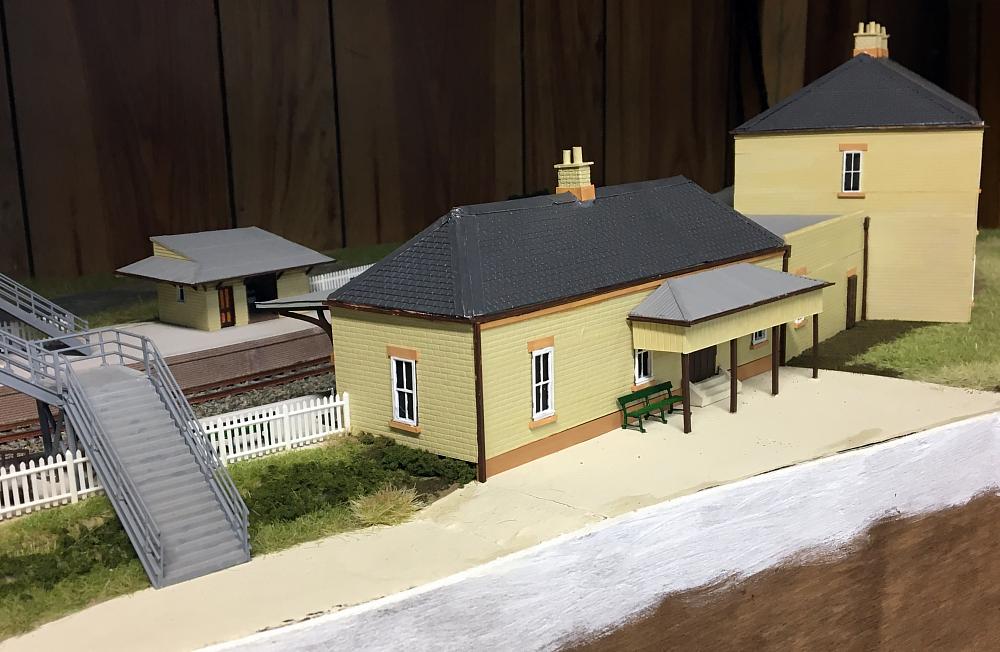 The completed main station building, with the smaller ticket office and waiting room on the opposite platform.. 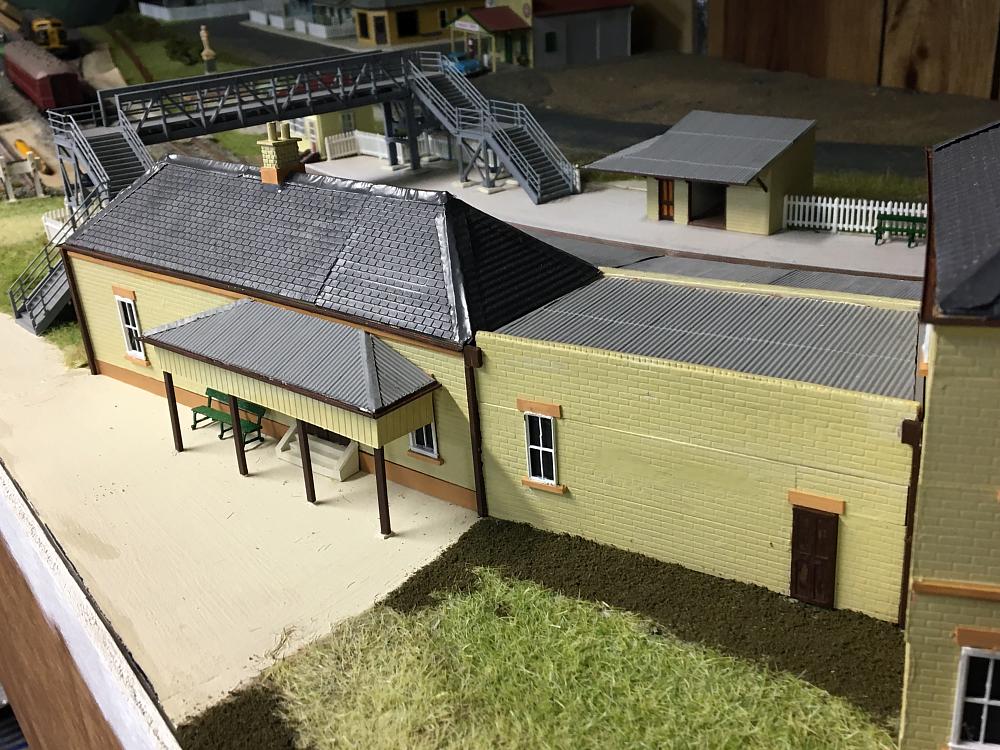 The station buildings and footbridge glued into position on the platform. 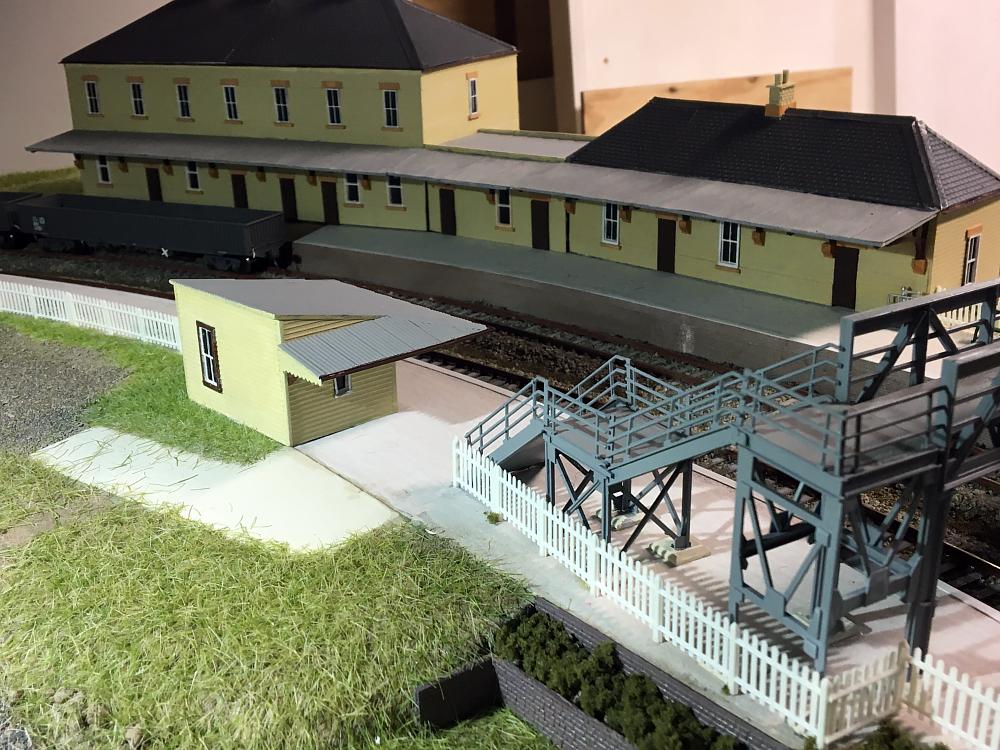 The platform side of the main station building.

The front steps and awning over the entrance to Mittagong station. 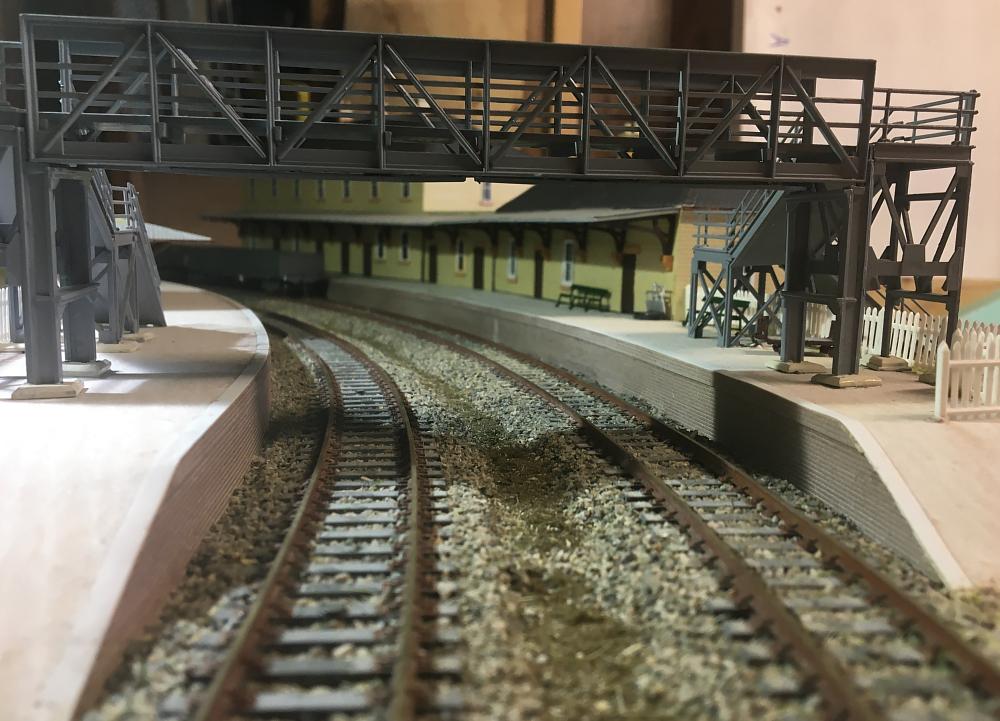