Work carried out in December concentrated on the Maltings and the layout control side of things, with some time spent on adding details. 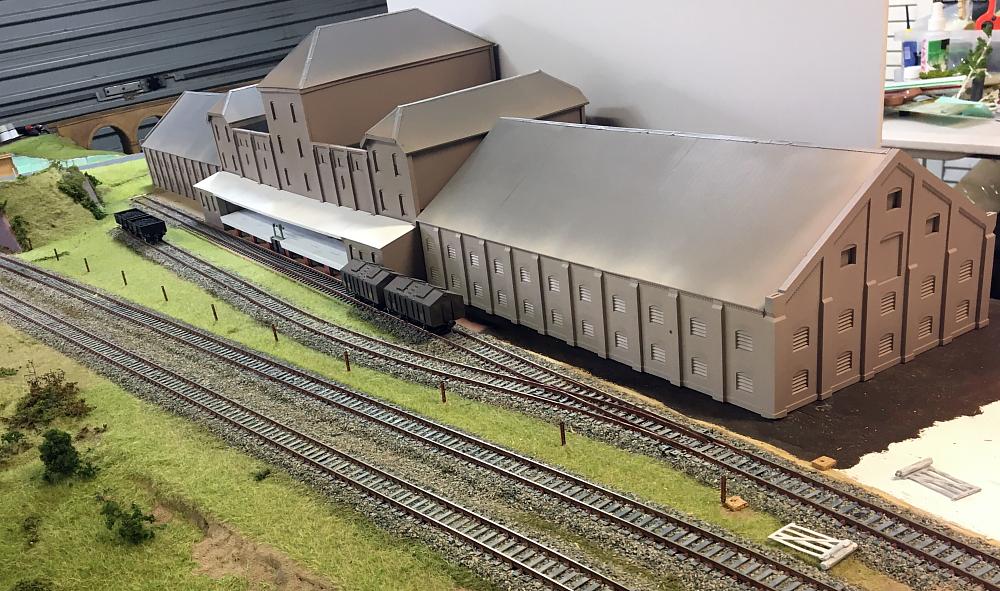 Each section of the Maltings buildings was airbrushed a coat of primer before the top colour was applied. Here the buildings have been sprayed and are sitting in approximate position. The loading dock floor and roof has been placed for testing before being painted. 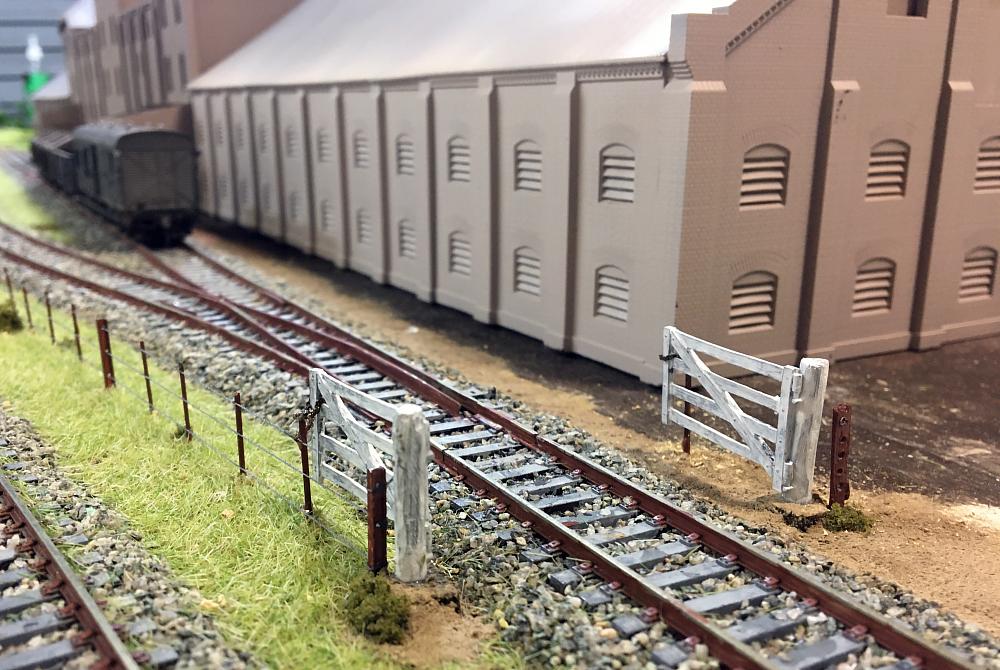 One of the historical photos shows a pair of wooden gates that close across the railway siding at the site perimeter. These gates have been represented by a pair of Uneek Models' gates, painted and tied off in the open position with scale chain.

The four cooling towers are a predominant feature of the Maltings. Their sizes were scaled from the drawings available, along with photographs and dimensions measured off the completed building section. The towers and caps were then designed and 3D printed. 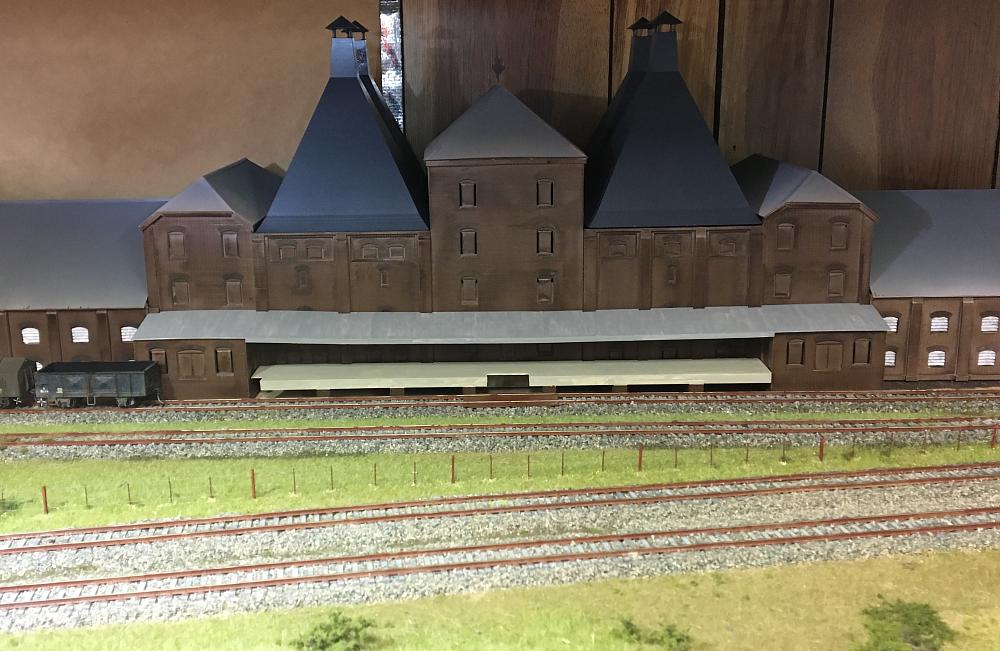 Holes were included in the design for the posts that hold the caps above the towers. Brass wire was used to represent the posts and the caps were glued to the towers before they were given a coat of slate coloured paint, to represent slate roofing. Here the towers can be seen sitting in position on the building. The brick faces of the building were airbrushed to give them a weathered look and the louvred windows have been picked out in white. 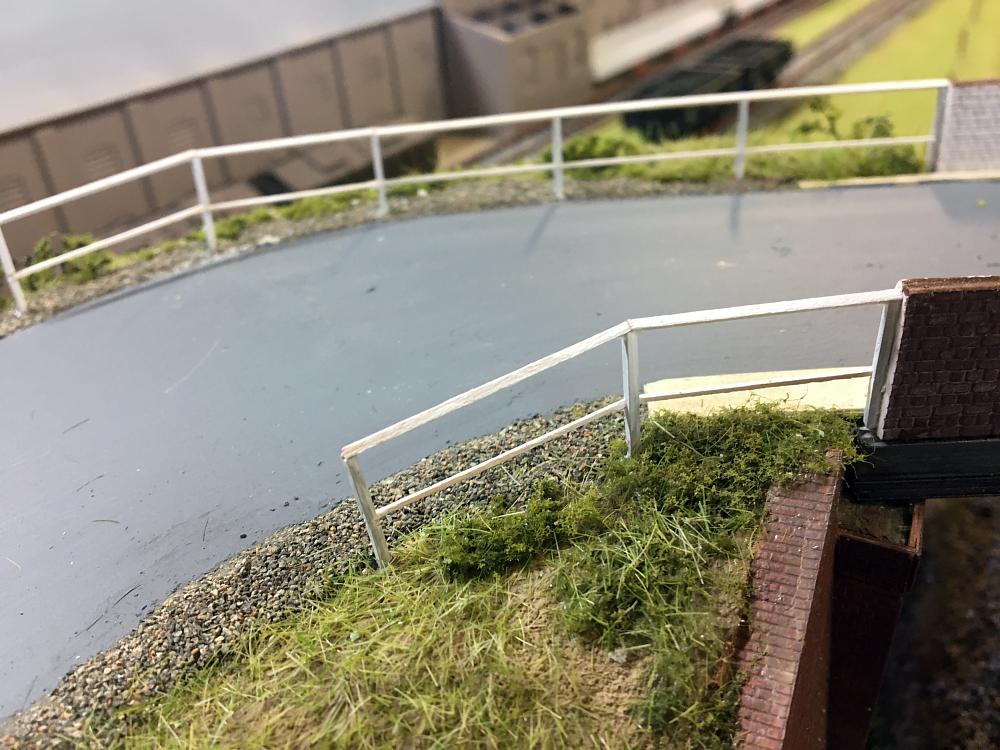 Wooden fencing, has been glued together, painted and installed in position. The same style of fencing is still in use at this bridge. 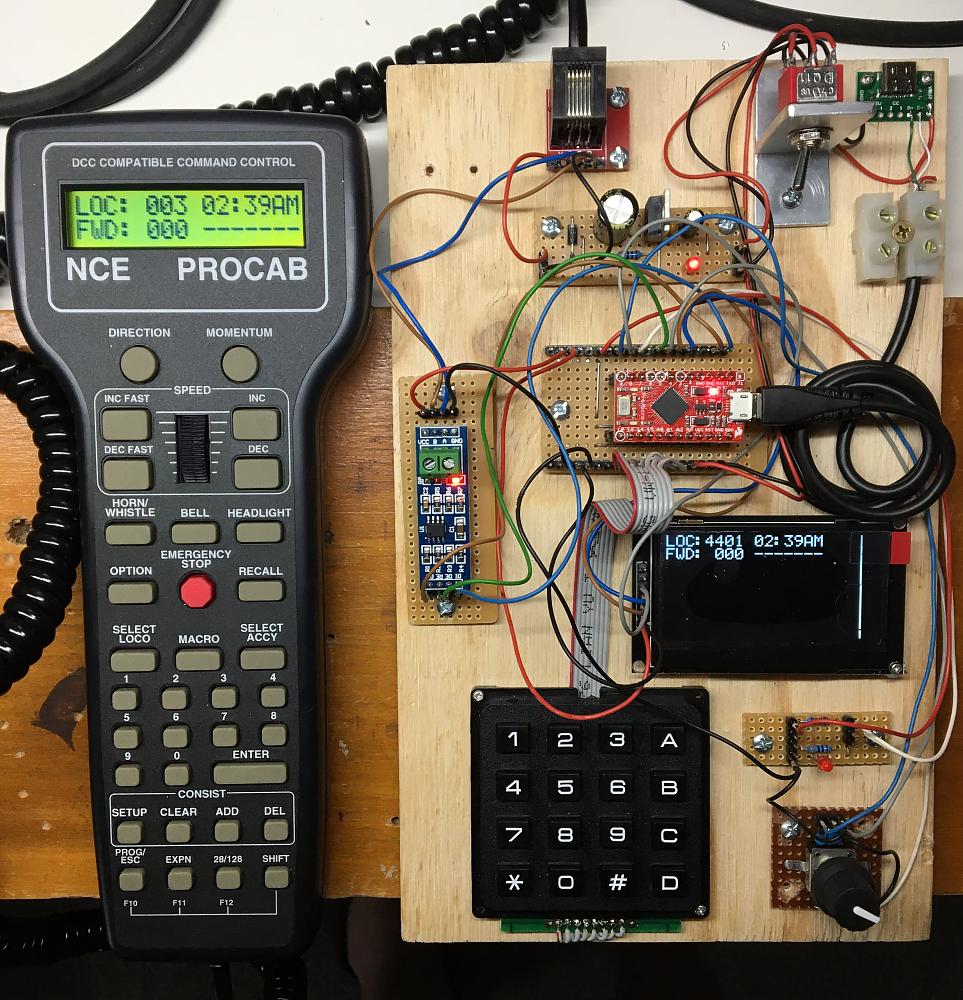 Custom Digital Command Control (DCC) handsets, with capability of controlling trains on their own, have been under development over the last few months. Here an early prototyping version can been seen adjacent to a NCE handset. The hardware design has been finalised, with boards manufactured and undergoing assembly. 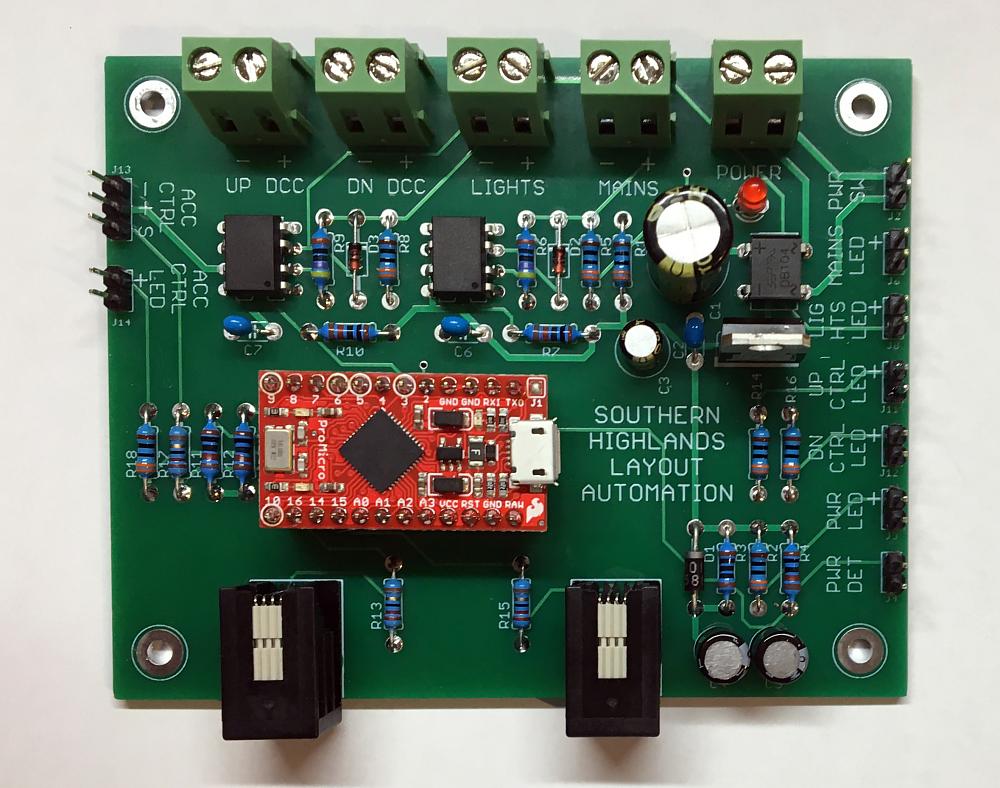 Over the same time period the main control board was designed, manufactured and assembled. The software has been written, tested and loaded onto the microcontroller. This board is ready for wiring into the control panel which will sit under the layout. 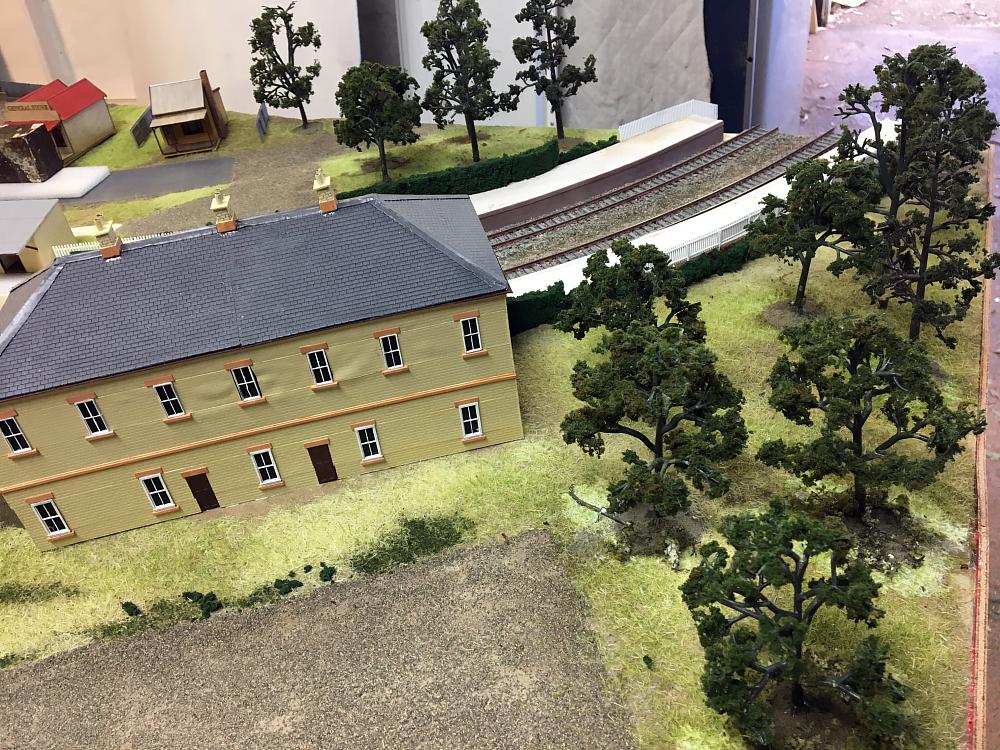 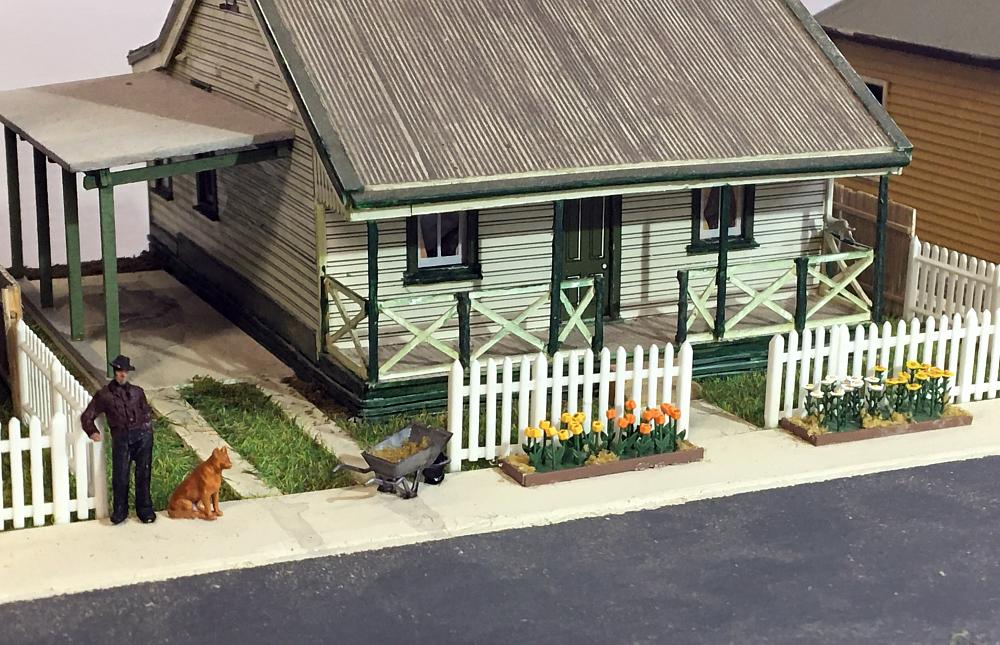 Detail scenes help bring a layout to life. Here a man and his dog rest after tending to his flowers along the front fence. 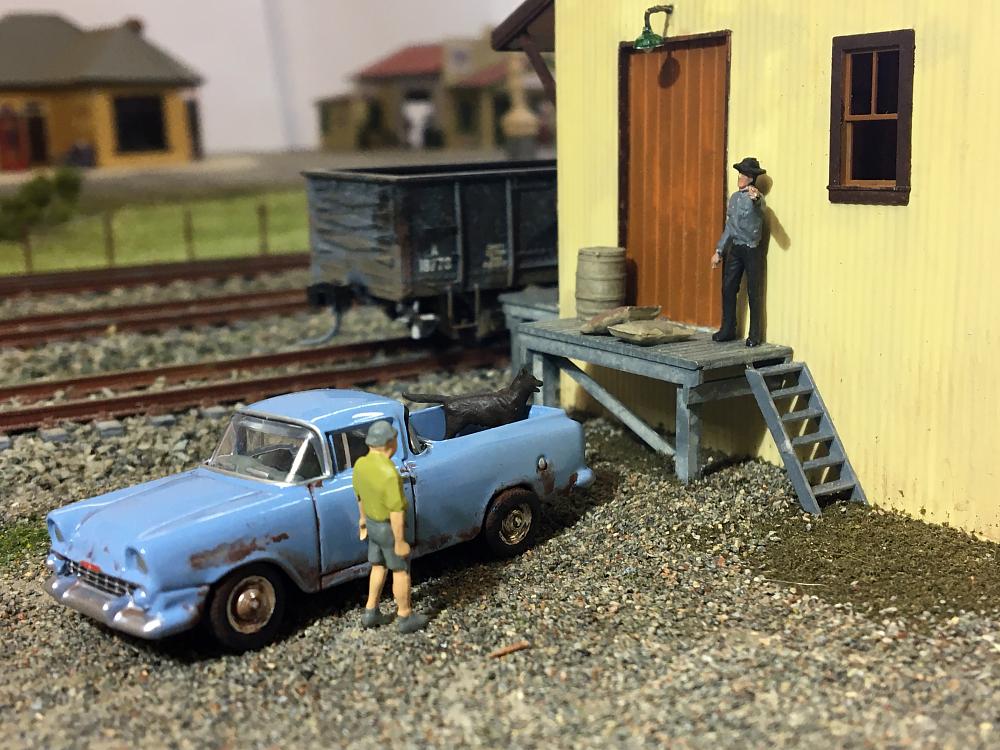 The dog waits impatiently in the back of the EK Holden ute while the farmer talks to the manager at the Goods Shed.