Two plans of Wallerawang's storage yards. The top plan shows the yards as built, with the bottom plan showing the planned modifications to lengthen some of the shorter tracks. The changes will also allow room for another railmotor storage track. The original yard configuration can be seen in the April 2009 construction update.

While operating the layout at the 2010 Liverpool exhibition, it became more apparent to the Group that the shorter storage tracks were inhibiting our ability to run prototypical correct length trains. The Down storage yard in particular left us wanting in train length, with four of the tracks having a clear standing room ranging from 1430mm to 2275mm.

During the meeting following the exhibition, the decision was made to lengthen the shorter Down tracks, so that the clear standing room would now range from 4145mm to 4455mm. (For comparison, the length of an S truck is approximately 63mm). The only way to achieve these track lengths was to move some of the yard ladder to the end modules. While we were at it, we also decided to move our Up coal train that runs off the Mudgee branch to a dedicated road, changing the length of that track from 1430mm to 3030mm. This will allow us to run a coal train made up of 2 82 class locos and 20 100-ton wagons.

The images below show some of the work undertaken over the last 2 months. 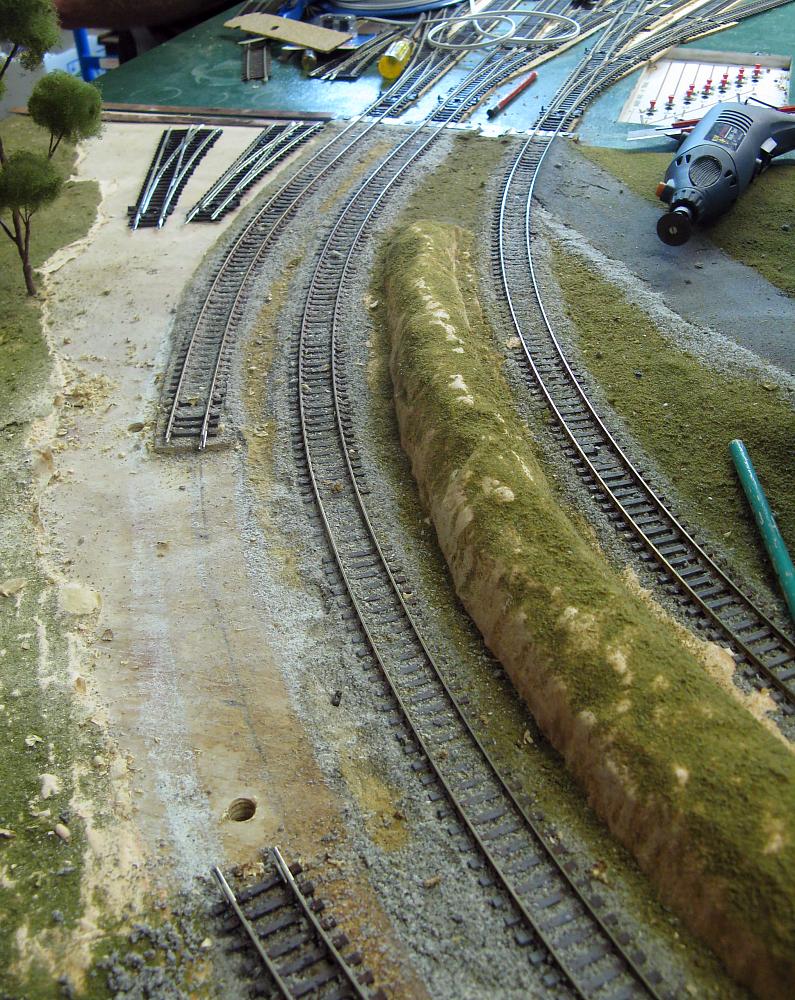 Work begins on the Down Main at the entry to the storage yards. The main line has been cut and holes drilled for the point motor actuating wires, in readiness for two curved points to be laid. Two straight points can be seen in their approximate positions. 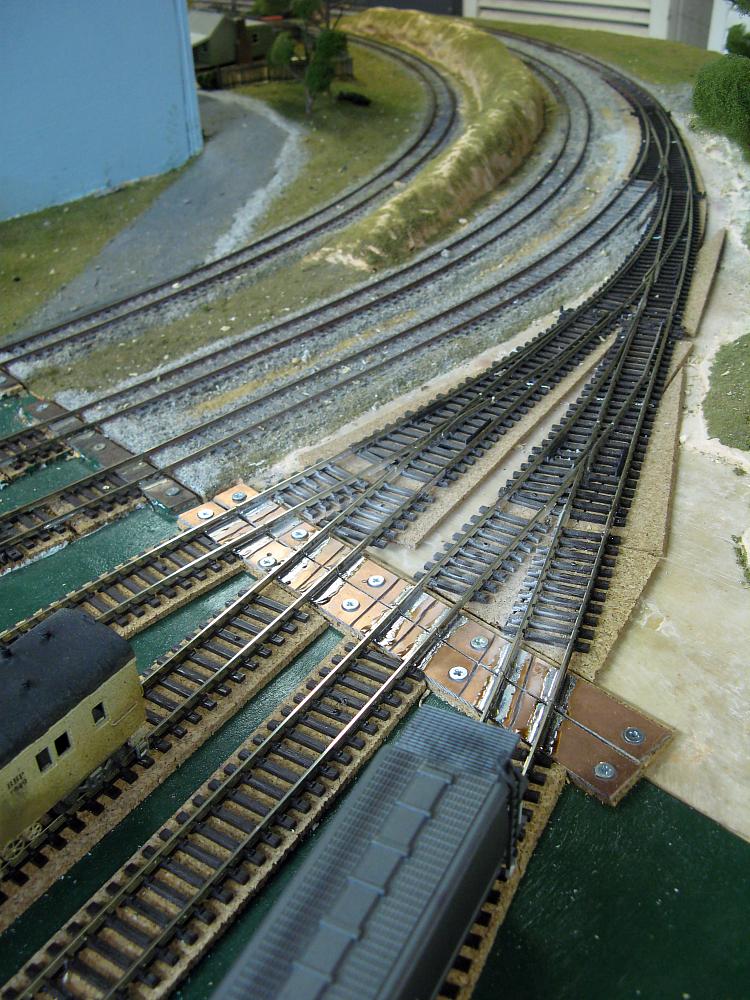 A look back the opposite way, showing the yard entry trackage now on the end module. 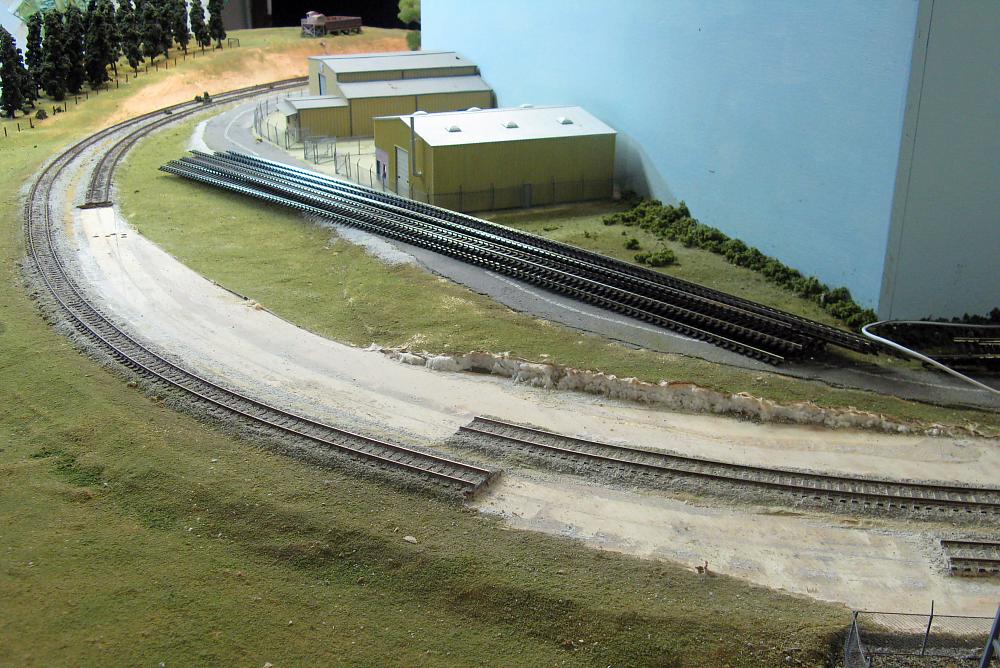 Trackwork on the Up entry end of the yard. Both the Up and Down mainlines have been prepared for curved points. The curved point on the Up Main has been moved to near the centre of the module to match the curves of the track and the point. 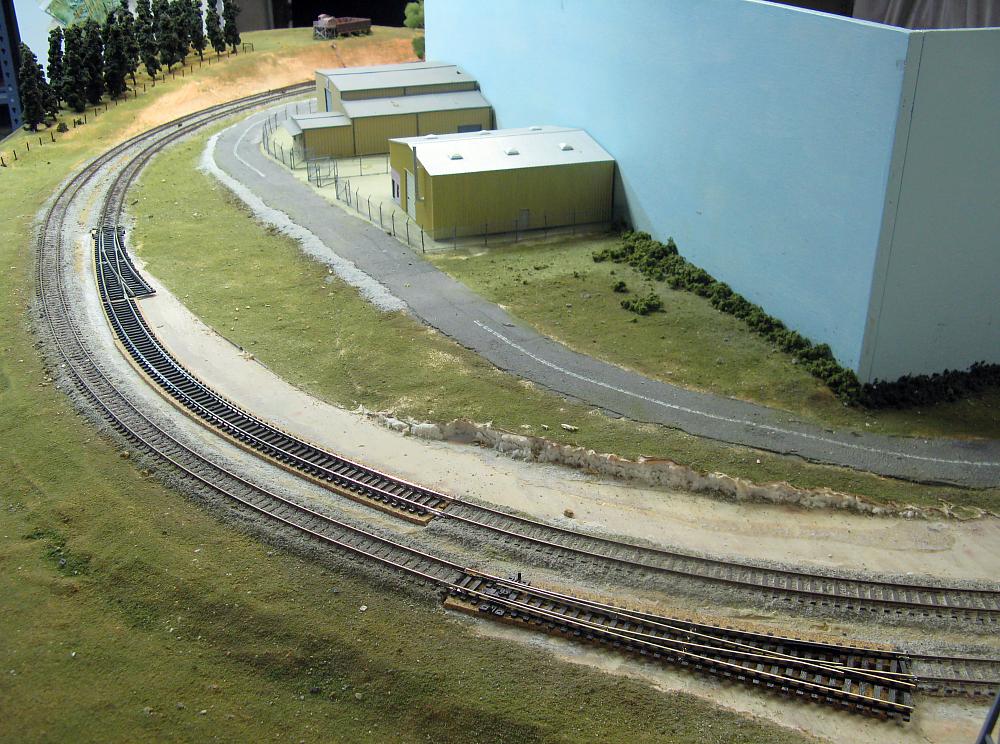 The curved points added directly on the two Mains await the rest of the track to be laid. For the Down Main, a yard ladder will connect to the four lengthened tracks. Flex track will run alongside the Up Main, connecting the new dedicated coal train road to the Up storage yard.